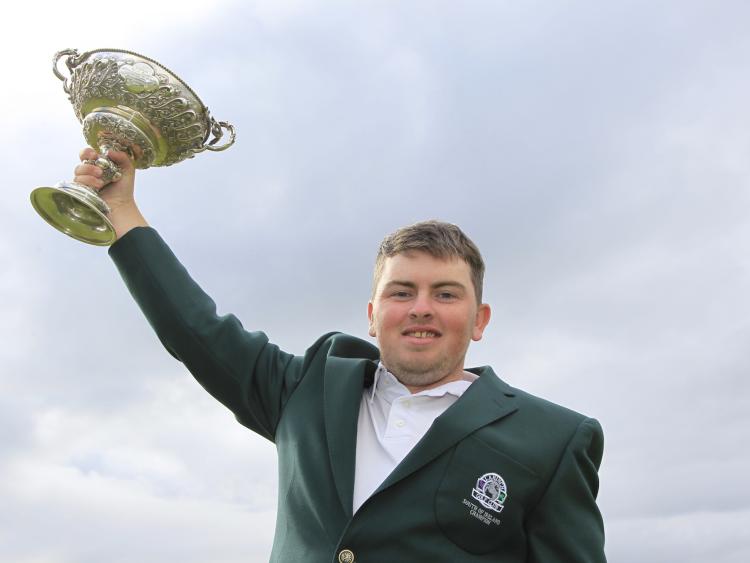 Congratulations to Caolan Rafferty who won the Leinster Golf Senior Order of Merit for the second successive year.

Caolan’s win at the South of Ireland and third place finish at the East of Ireland helped him to an impressive 110 ranking points which was 40 more than second placed Rowan Lester of Hermitage.

Twenty-Five teams took part in a Four Man Rumble on Sunday and the team of Kieran Reidy (15), Brendan Duffy (12), Thomas Clarke (17) and Noel Crowe (23) were clear winners with their score of 72pts being four better than the runners-up.

The club’s Annual General Meeting takes place next Monday, December 10, at 8pm. It will be preceded by the Men’s Club AGM at 7pm and an EGM at 7.45pm. All members are requested to attend.