Greene scores a brace of tries on debut, but Dundalk RFC suffer defeat to Enniscorthy at Mill Road 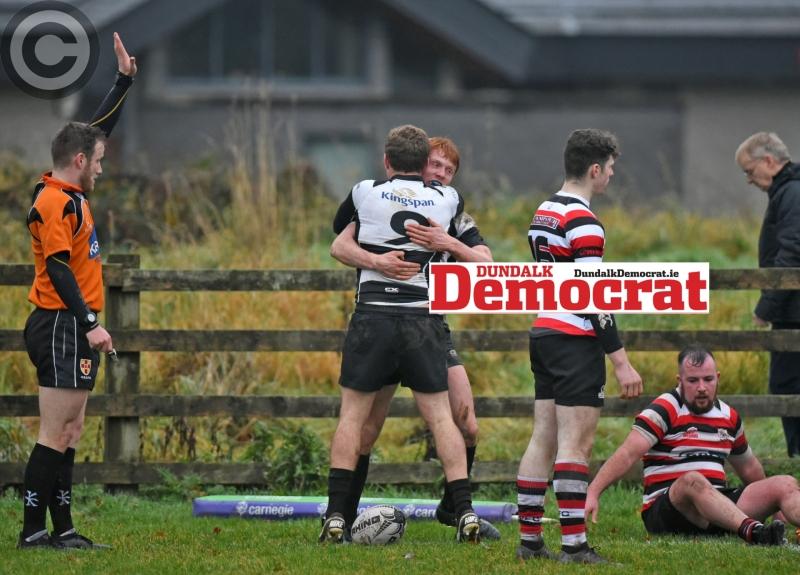 Dundalk RFC lost their third match of the season to Enniscorthy at Mill Road on Saturday afternoon.

Two of the defeats have now come in the league and they enter the Christmas break sitting in seventh position and face a relegation battle in the new year.

The league leaders, Enniscorthy also knocked Dundalk out of the All-Ireland Junior Cup recently and they produced a dominant performance here to prevail comfortably.

Mike Walls’ men struggled to string consistent phases of attack together against a well-organised Enniscorthy rear-guard, despite their scrum, once again, dominating.

They fell behind in the first half and trailed by seven points at half-time. Eighteen-year-old wing Ronan Greene was the shining light for Dundalk and on debut, he scored two tries, the first coming before the break.

Kicking duties were left to Paddy Reilly on the other wing and while he missed the conversion attempt, he added to their tally from a penalty as Dundalk closed the opening period on eight points.

But a third quarter blitz proved telling in Enniscorthy’s favour and entering the dying embers the Wexford natives held a 32-11 advantage, rounding off their four-try effort, with a Reilly penalty all Dundalk could muster in response.

The hosts recovered some pride before full-time. Reilly broke through for their second major with the extras attempt being successful prior to Greene making it a day to remember with his second try. The resultant conversion was off target, as Dundalk missed out on a losing bonus point.

They face Wicklow in early January where avoiding a seventh loss of the campaign will have to be the aim.