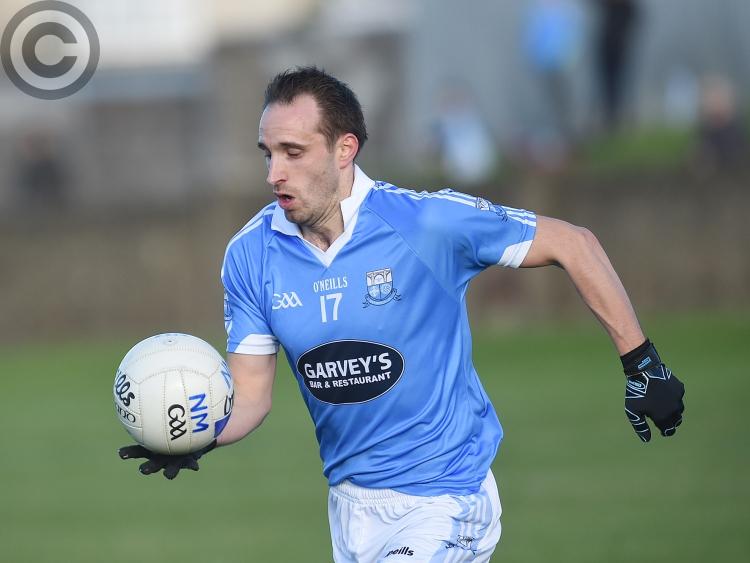 Six months after hammering Louth in the Leinster Championship, Carlow’s hex on the Wee County continued at The Gaelic Grounds on Sunday afternoon.

With three of Blues’ starting XV having been on the field during that Portlaoise humbling - Andy McDonnell, Emmet Carolan and Ross Nally - they were once more left chasing the shadows of Carlovians as Éire Óg won their first provincial encounter for 10 years.

While two goals in three first half minutes were the key, Éire Óg dominated as Blues quickly ran out of ideas, suffering an opening round exit for the second year in succession.

Blues full-back Carolan was already struggling with Murtough Ware’s height and physicality by the time the No. 8 caught over and turned Carolan to rifle the first goal of the contest past Dean Martin.

Their next foray forward, on 19 minutes, produced the same result. This time Eoghan Ruth was the target and after spilling it to Brendan Kavanagh, the corner-back was ruthless in driving the ball to the net.

Ronan Phillips’ side had actually opened brightly with Conor Branigan and Robert Carr bringing their impressive senior final form into this affair. The lead changed hands three times in the opening quarter as Carr, Colm Judge (free), Ciarán Downey and John Kermode each got their names on the scoresheet, earning the Drogheda men a four points to three lead.

The hosts had made three changes by the time the second half got underway, including withdrawing Kermode, only to send him back into the fray at the break. But they could do nothing to halt Éire Óg’s relentlessness, despite launching several attacks upon the resumption of play.

Instead, the Barrowsiders pulled away, extending the gap to nine through Simon Rea (free), Ross Dunphy and Darragh O’Brien as frustration built in the Blues’ ranks. Judge finally opened their second half account 11 minutes in, though its impact was minimal to the overall outcome

McDonnell and Downey registered late points for Blues to put some guise of respectability on the scoreboard. However, with Jamie Kelly (straight red) and McDonnell (yellow and black) having both been dismissed in stoppage time, the Louth champions exited with a whimper.