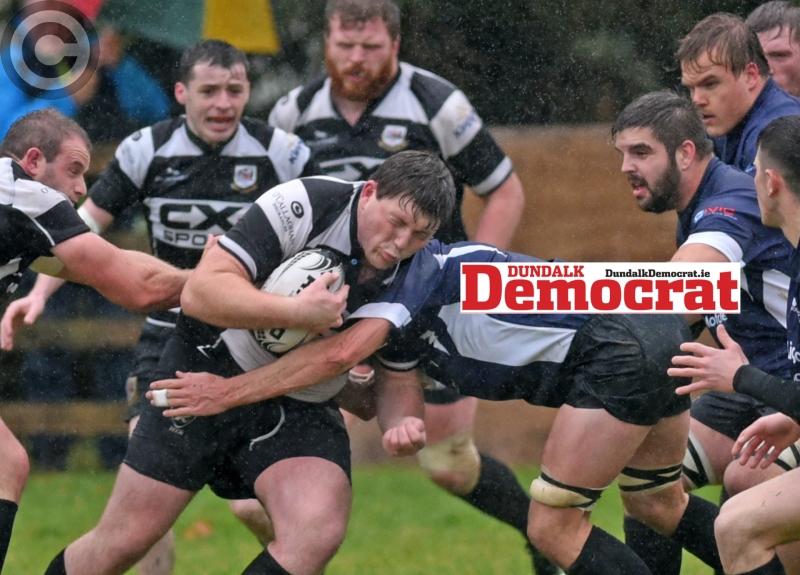 Dundalk RFC fell to defeat in their All-Ireland Junior Cup quarter-final against league leaders Enniscorthy RFC in Wexford on Saturday.

Despite getting off to a great start, and leading at half-time, the concession of three tries in quick succession put pay to their hopes of landing the prized silverware, with their focus now turning to Leinster League action, where they face north-east rivals Boyne RFC at Shamrock Lodge on Saturday afternoon.

Having saw off Ulster’s Instonians in round one a fortnight ago, Dundalk headed south to Enniscorthy for the second time this season looking to avenge their earlier league loss.

The signs were good early on as Darragh Conroy gave them the lead from a penalty, which Enniscorthy cancelled out with a three-pointer from range.

Laurence Steen - playing as a centre as opposed to his customary back row position - scored the match’s first try at the end of a flowing move.

From deep, they attacked with Mike Walls, Patrick Reilly, Seán Arrowsmith, Steen and Darragh Conroy involved in a blistering passage of play which the No. 12 finished over the try line.

Conroy added the extras and when he converted a second penalty, the lead stood at 10 points.

However, they were soon behind having conceded four majors in succession.

Enniscorthy's first try came before half-time as Dundalk led 13-8 at the turnaround before a further three five-pointers - none of which were converted - put the Slaneysiders in a commanding position, ahead 23-13.

Dundalk fought back to within one score after Sam Weber finished in the corner, despite Conroy being unable to convert, and piled on the pressure in the closing stages, going very near to a levelling score through Robert Farrell.

The prop made a break from Enniscorthy’s 22, only to be hauled down and held up less than a metre short of the line.

It was an agonising way for the Mill Road men to exit the competition.