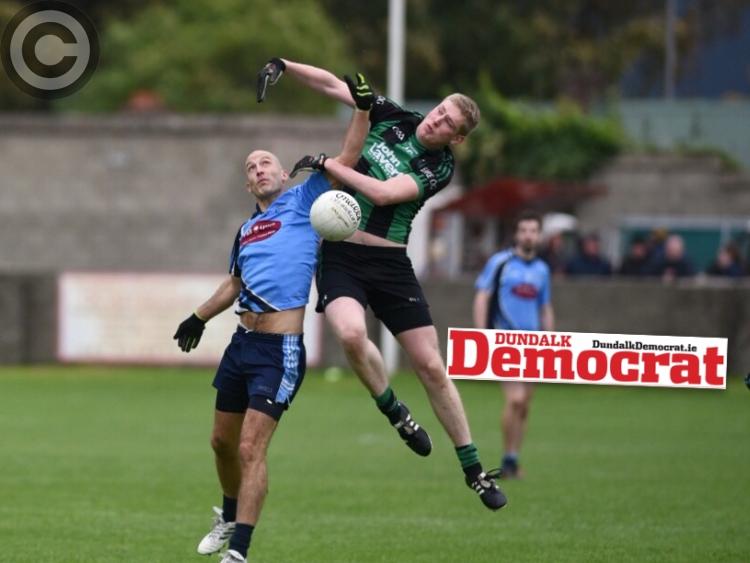 Victory over Annanough on Saturday would give Dundalk Young Irelands plenty of reasons to celebrate. Not only would they have reached the Leinster junior semi-final, but it would mean access all areas in Louth Village.

Following their respective provincial wins last Saturday week, St. Mochta’s made their way to TaTa’s to join Young Irelands’ party and a repeat this weekend would see the Seatown brigade land in Eamo’s for the night - the return fixture, in Champions League terms.

It’s something of an extra motivation, says Young Irelands’ midfielder Seán McLoughlin, not that they need it with manager Adrian O’Donoghue adamant that a Leinster title is within his team’s grasp.

“When we met last year after being relegated, Adrian had goals already to win Leinster,” McLoughlin told The Democrat.

“It has been the talk this year. We were more focused on Leinster than the county championship, but obviously you have to win the county to get into Leinster.

“It’s (winning Leinster) a real goal that we’re looking towards.”

In his second year back in the fold, having sat out football during the latter end of his studies, McLoughlin’s physicality and fielding ability have been key to Young Irelands’ progress, especially in the first round defeat of Westmeath’s Kilbeggan Shamrocks, a win which the midfielder feels stands them in good stead heading for Dowdallshill this weekend.

“I bring an extra bit of physicality to the Irelands’ game. I feel football has gone a bit soft and if it goes any softer I’ll have to play rugby,” he quips.

“They (Annanough) haven’t won in Leinster this year which is an extra plus for us. And it’s harder to get a win away from home so for us to win in Westmeath, there is a lot of merit in it.

“They’ll have to come to Dowdallshill where we won the county championship which will stand to us.

“Aaron Rogers came back in this year and he’s been giving the lads talks, saying that he’s been in this position before and that he didn’t make use of it when he should have. He regrets it so we have to take this opportunity when it’s here.”

He adds: “Adrian O’Donoghue loves saying: ‘the harder you work, the luckier you’ll get’.

“A lot of it is about getting the rub of the green and it’s something that we didn’t get at all in 2017. The game has come down to such fine margins.”