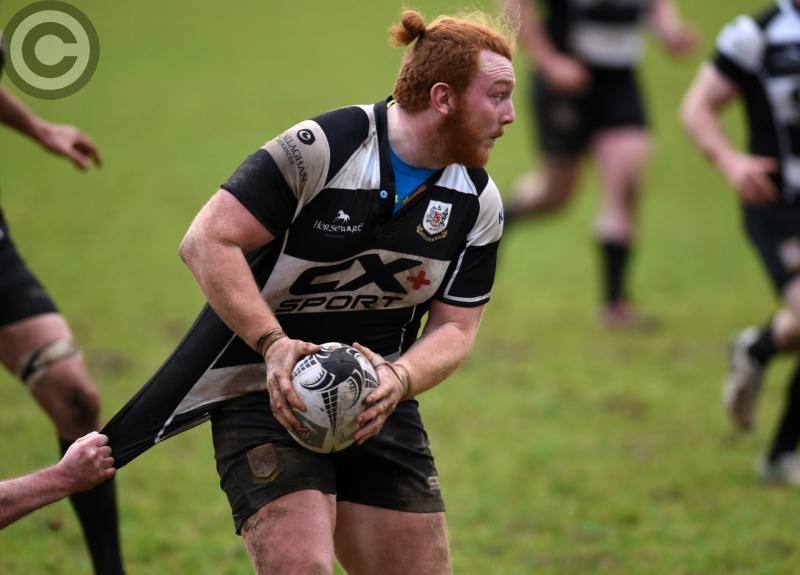 Dundalk RFC will travel to Enniscorthy next Saturday for their All-Ireland Junior Cup quarter-final on the back of a disappointing league defeat to Kilkenny at Mill Road.

Saturday afternoon’s two point reverse was Dundalk’s fourth in six Leinster League outings and all but rules them out of promotion contention. Kilkenny’s first win of the season leaves Mike Walls’ side 12 points adrift of next weekend’s opponents, who remain at the table’s summit, having beaten Boyne 43-8 at Ross Road.

In difficult conditions, they struggled to mount consistent passages of play against Kilkenny, who took the lead with an unconverted penalty.

However, with Dundalk ensuring the gap remained at that, they levelled at the break when full-back Conor Hennessy touched down, with Darragh Conroy unable to register the extras.

An injury to Robert Farrell before half-time saw the earlier than expected introduction of Jonathan Gray and the prop had a huge impact on his team’s scrum, as they took over in that department.

But Dundalk were dealt a hammer blow when conceding another breakaway try - a common theme this season.

The conversion attempt was successful and when Kilkenny added another maximum - without gaining success from the resultant tee attempt - they appeared to be cruising to victory on a considerable margin.

Though 17-5 became 17-8 when Conroy opened his account for the afternoon from a penalty before, with five minutes to play, Dundalk ensured a grandstand finish. Out-half Mike Walls spotted space in behind Kilkenny’s stretched rear-guard and weighted his kick to perfection. This led to a move which was finished by the prolific Robert Williams in the right corner - Conroy subsequently made it a two point game.

From here, Dundalk attempted to salvage more than their losing bonus point.

But they were beaten by the clock, conceding their second home game of thus far frustrating campaign.