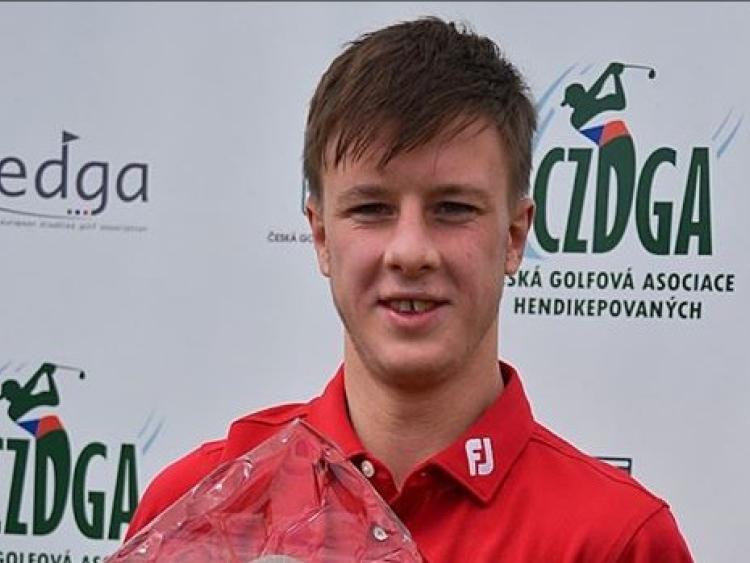 Dundalk Golf Club’s Brendan Lawlor is preparing for the trip of a lifetime in November when he will head to Sydney to tee it alongside the professionals playing in the Emirates Australian Open. Last year’s event included Jason Day and Jordan Spieth and previous winners have included Spieth, Rory McIlroy, Adam Scott, Lee Westwood and Greg Norman.

Lawlor is among 12 of the top disabled golfers in the world who will be playing for the Australian All Abilities Championships alongside the professionals at The Lakes Golf Club as part of an initiative to help golf become more inclusive at all levels and also help the case being made by the International Golf Federation for the sport to be included in the 2024 Paralympics in France.

“This is the very first time it has happened,” explained Lawlor. “There was a display at the Portuguese Masters, but nothing like this where we will be playing competitively in the same field as the professionals.

“Ours is a three day event, theirs is a four day event. But when the cut is made you will be paired with a pro-golfer and playing the same course,” added Lawlor, who is travelling Down Under as one of seven European players in the field and with a huge incentive.

“If I win in Australia I can go to world number one so that’s my goal. I’m number three at the moment and getting to number one would be huge for me.”

Lawlor, who has Ellis-Van Creveld Syndrome, a bone growth disorder that leads to shorter limbs, is a member of the European Disabled Golfers Tour and although he only joined it late last year it didn’t take him to long to find his feet. This year he won in Portugal, France and Czech Republic to shoot up both the European and World rankings.

“It’s been fantastic. The talent that’s out there on tour is amazing. I couldn’t get over it the first time I played. There were people with one leg and one arm hitting it 260 yards. You wouldn’t see able bodied people doing that.

Lawlor is a member of Dundalk’s senior panel which won the Leinster Barton Shield title, reached the semi-final of the Leinster Senior Cup and was beaten in the All-Ireland Barton Shield final this year. He says that playing senior golf in Ireland has helped his game and contributed to his success on the EDGA Tour.

“The standard here is a little bit better than the standard would be out on tour. The best out there is really good, but at club level I’m competing against Caolan Rafferty off plus five and Aaron Grant off plus three so it doesn’t really get better than that. When you are going out there on tour, knowing you’ve been playing against Caolan or Aaron, it gives you confidence.”

Lawlor, who is 21, has only been playing golf for six years having started in pitch and putt because he didn’t think he would have the strength needed for the bigger game.

“I didn’t think I was strong enough at the start so I started playing pitch and putt and I got to the highest level in pitch and putt and won two All-Irelands. I was playing it week in week out. Then I started golf and was given a handicap of 28. I was down to 10 in my first year and I just kept plugging away and I am off one now. Put in the hard work and things will happen.”

That hard work is now reaping unthinkable dividends for Lawlor as he prepares to head to Australia and his date with the pros which will then be followed by a Ryder Cup style match between Europe and Australia in Melbourne.

“It’s a great buzz. If I stuck at able bodied golf my whole life I’d never get this opportunity so it is opening massive doors for me.”

He is hoping that the exposure disabled golf gets from playing alongside the professionals in the Australian Open will persuade the powers-that-be to allow the sport into the 2024 Paralympics as he would love the opportunity of going for gold in France in six years’ time.

“I am third in the world and I want to be competing in the Paralympics,” stated Lawlor, who along with another disabled golfer, Gareth McNeely, is currently trying to set up an Irish Disabled Golfers Association.