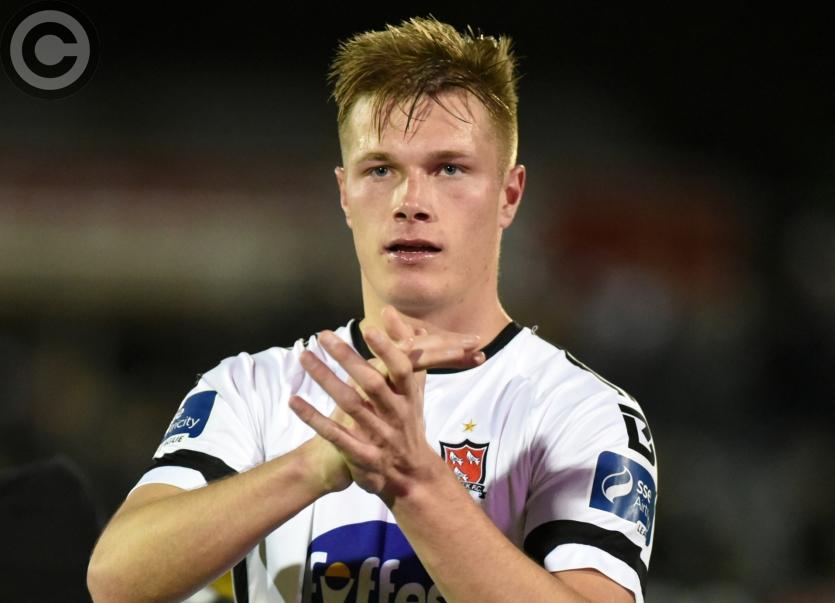 Dundalk FC ended the league season with a limp display on Friday night, drawing, 1-1, with Bohemians at Dalymount Park.

In a frustrating night for the visitors, who lacked rhythm in their play, striker Patrick Hoban missed out on the opportunity to reach 30 league goals having been well marshalled by the Bohs defence.

Though, with service lacking, he was forced to feed off scraps before going off on 80 minutes through injury.

But, having gone behind to Dinny Corcoran’s first half finish, Daniel Cleary - fresh from signing a new contract earlier in the day - drew Dundalk level with 13 minutes to play.

Corcoran continued his impressive spell in front of goal with the opener on 22 minutes, profiting from great work by the excellent Keith Buckley who blew a hole in the left side of Dundalk’s defence with a searing run, before delivering the killer pass.

Indeed, only for Gary Rogers’ heroics, it would have been more. The Meath man pulled off a fabulous double stop to deny Keith Ward and Kevin Deveney, while later foiling the former - who found himself one-on-one with the ‘keeper - as Keith Long’s men saw chances to extend the gap go begging - and how costly the misses were to prove.

The closest the Lilywhites came to a goal before the interval saw Dan Casey deflect Michael Duffy’s rasping drive inches over the top. The opportunity came in the half’s dying embers and, on the balance of play, it would have been an injustice had Dundalk drawn level considering Bohs had dominated the majority of the affair.

The champions’ captain, Stephen O’Donnell, was in competitive action for the first time since breaking his leg in May, but he was too often left isolated as Bohs’ high press proved highly effective. This, along with the skipper’s laboured movement, saw the Gypsies get joy in the central channel with Buckley and Ward dictating.

Thus, it was somewhat surprising that Stephen Kenny failed to alter the formation at the break. And Dundalk’s lack of centre-field balance was again obvious in the early stages of the second half, leading to another huge opportunity for Bohs as Corcoran struck the post from close range having been found in an acre of space.

With Chris Shields absent from the squad, Georgie Poynton was eventually brought in in place of O’Donnell, though Bohs remained on top and could have been awarded a penalty when Daniel Kelly went down under pressure from Seán Hoare.

It was a let-off, but, while the deficit remained at one, the visitors always had a chance, eventually equalising through Cleary’s back post header from Duffy’s deep corner.

Dundalk could have stolen it, too - Murray shooting wide from the edge of the area as the match entered stoppage time.