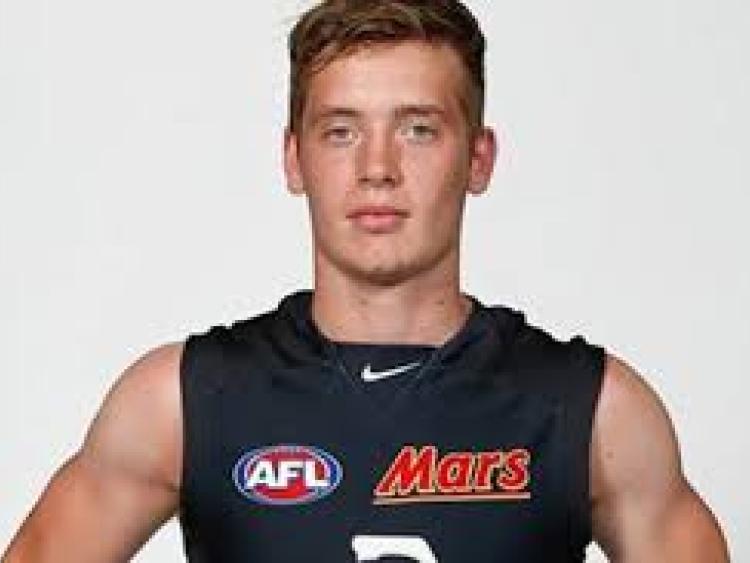 The 23-year-old, who is to undergo surgery today on the ankle break he sustained in yesterday's Louth IFC final, announced his retirement this morning after six years with the AFL giants.

Byrne returned home recently following a strong end to the season, where he worked his way back from a series of fitness setbacks, in a bid to help Mochta's in their championship bid.

And he did so, pointing shortly after his half-time introduction at The Grove, before disaster struck. After colliding with St. Fechins' Niall McCabe, Byrne was removed by ambulance, following a lengthy stoppage.

In a statement, Byrne said: "What an experience it was. A massive thank you to the Carlton and northern blues football club for the last 6 years.

"I really enjoyed my time albeit riddled with injuries. I got to play an amazing game with an amazing football club and I’ll be forever grateful for that. I’ve made some lifelong friends along the way and Carlton will always be family to me.

"For now my heart is in Ireland and I couldn’t spend any more time away from family, friends and the GAA. Unfortunately my GAA career will be put on hold with a small ankle hiccup but my beloved club St Mochtas are champions."