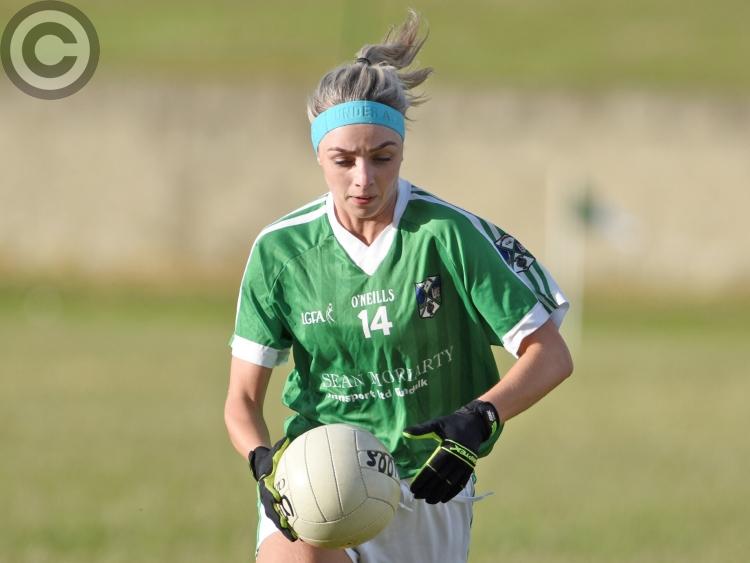 Geraldines’ Ciara O’Connor feels her side’s championship pain of the last two years will help spur them on in Friday night’s senior final.

The Gers forward was part of the Haggardstown team’s losses to Stabannon Parnells in the 2016 final and last year’s semi-final, which memorably ended hours after starting with a shootout competition following the level scores at the end of normal and extra-time.

And she senses the girls in green are that bit wiser ahead of a potential double bid with St. Fechin’s awaiting in the Division One decider too.

“We wanted to go further than we did last year, which we have. Hopefully, we can go one step further now and win it.

“We’ve a lot of young players coming through and older players who have good footballing brains, but there’s a lot of work to be done, we haven’t won anything big yet at senior level so it’s still all brand new to us.

“But I felt we really upped our level in that game (last year’s semi-final) and showed that this is the standard that we can get to.

“It was horrible losing, but we learned where we had to get to and if we want to win anything we have to be even better again.”

Asked if the night-time setting may take from the occasion in any way, the former Louth minor captain was adamant, saying:

“A championship is a championship no matter whether it’s under lights, in the morning or the afternoon, it’s still championship. It wouldn’t matter if you put is in the back field…”

But is certainly is a more poignant outing for O’Connor, who completed a masters degree in social work from Trinity College earlier in the year. Indeed, her education commitments, alongside a series of injuries, meant no involvement with the Louth seniors in 2018, despite having served as ‘watergirl’ in the All-Ireland final at Croke Park.

Her sister, Abbi, was a member of the Wee County panel on the day, while another sibling, Sharon, makes up a trio of O’Connors who will pull on the Gers jersey on Friday night.

“I was out with different injuries and I was completing my masters as well which didn’t help in the recovery process,” she adds.

“I’ve that finished now which means I’m back to full strength and really enjoying football because it’s my main concentration. I’m looking forward to Friday.”

She remains commuting, though, with work tying her to Dublin. However, one positive from the weeknight final is that she “might get a halfday”.