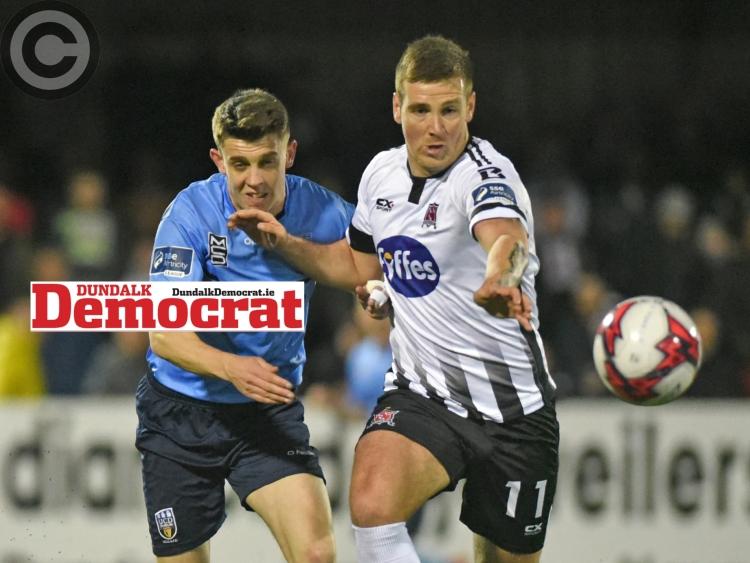 RTÉ pundit Alan Cawley reckons it will take a lot to stop Dundalk FC from winning the double this season.

The Lilywhites qualified for the FAI Cup final on Friday night with victory over UCD, a match the former Dundalk midfielder was at Oriel Park for, and he just can’t see his former employers being stopped in their march towards greatness.

“I can’t see anyone stopping them,” he told The Democrat, “It’ll take a lot to stop them.

“They’re just a fantastic team. Stephen Kenny is getting all the praise and deserves every ounce of it. To go for four or five years, leagues, cups and being so dominant... Cork City took the league title off them last year, but they’ve wrestled it back so four league titles in five years, four cup finals in a row, it’s just an unbelievable return.

“The people of Dundalk have been absolutely blessed with this success and long may it continue because they’re so admirable in the way they approach the game and the way they play.

“They carry themselves with such humility and grace, I can’t speak highly enough of the team.”

Cawley is “mad” about Patrick McEleney, the scorer of the only goal in stunning fashion on Friday. Manager Stephen Kenny has often referred to the attacker as “a scorer of great goals”, whilst regularly praising the player’s technical ability, traits which Cawley is in awe of.

But, the Derryman has twice returned from unsuccessful spells in England, most recently from Oldham Athletic in the summer, after just six months away.

Cawley is adamant he’s good enough to perform at a higher level, but feels they don’t have the necessary patience to allow McEleney to bed in, in contrast to Kenny, who gave the ex-Derry City man time to lose whatever “bad habits” he’d picked up while across the water.

“He’s just a fantastic player. The goal, that’s him all over and that’s why you persist with Patrick.

“I know when he came back from Oldham he wasn’t quite up to speed, but they’ve obviously worked on him and got him back to match sharpness and there he is, he comes up with the goods.

“Patrick is probably the only player in the league capable of scoring goals like that on a regular basis.

“Managers in England, they’ll probably look at him and think are we going to build a team around him?

“You look at the shelf life of a manager in League One or League Two, it’s so results-orientated, he’s probably thinking to himself, ‘I don’t have time to bring in a Patrick McEleney and build a team around him’, because he could be gone in six months. They’re more likely to go for the safer options.

“But if it was me I’d have him in the team every week, I’m mad about him!”

With Dundalk’s success continuing to rain at unique levels, the Sligo native feels he can relate to the locals to a degree, and has encouraged them to remain savouring all of what Kenny has brought to the club

“This is an unbelievable story, an unbelievable show. I can relate to the people of Dundalk because I’m from Sligo and we’re a soccer town as well. The success they’re having at the moment, I’d love to be going to the Aviva Stadium four years on the trot...”