Title-nearing Dundalk FC are ‘in a great position,’ says Kenny, who wants ‘great period in our history’ to continue 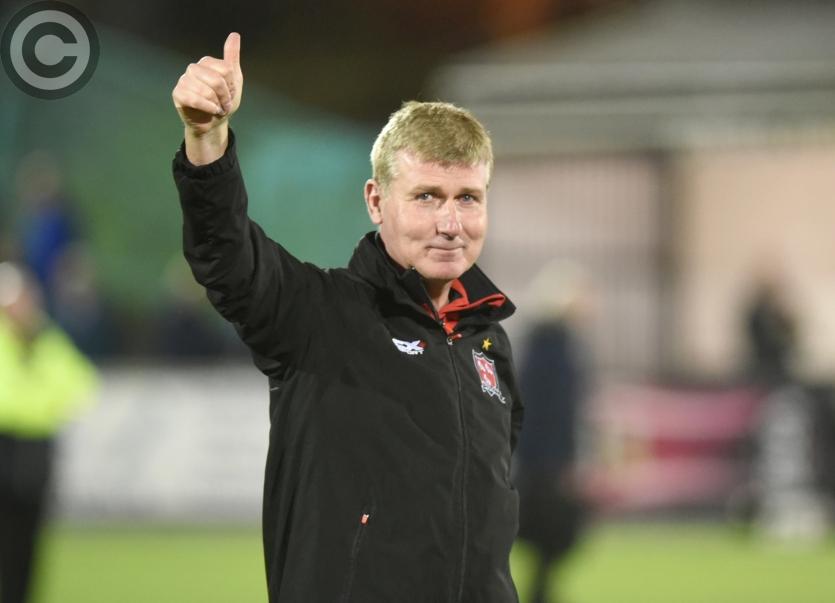 Stephen Kenny accepts Dundalk FC are “in a great position” to claim a fourth League of Ireland Premier Division title in five seasons ahead of tonight’s match against Derry City at Oriel Park.

The Lilywhites boss watched his side earn a first victory away to Cork City for three-and-a-half years on Friday to bridge their lead over the Leesiders to nine points at the summit - a triumph which led to players and management celebrating on the pitch at full-time before breaking into a post-match sing-song in the dressing room.

Chris Shields was the sole goalscorer as Dundalk made it 15 wins from their last 16 league matches.

And victory tonight would leave the champions-elect 12 points ahead with just four games to play. Their goal difference is also superior to the tune of +24, which effectively adds a point to their lead.

“We understand that this is a great period in our history,” Kenny said.

“There have been mediocre periods, but this is a great period in the club’s history.

“We were conscious that we hadn’t won down in Cork for a while. It’s a big win for us, a significant win and a win which puts us in a great position.”

While they won’t be officially crowned, a win over the Candystripes would leave Dundalk on the verge of drawing level with Shelbourne on 13 league titles. Thus, Friday week’s (October 5) Carrick Road fixture with St. Patrick’s Athletic is more likely to be where their fate is sealed.

And the double dream is nearing a reality. UCD visit Oriel on Friday night for the FAI Cup semi-final.