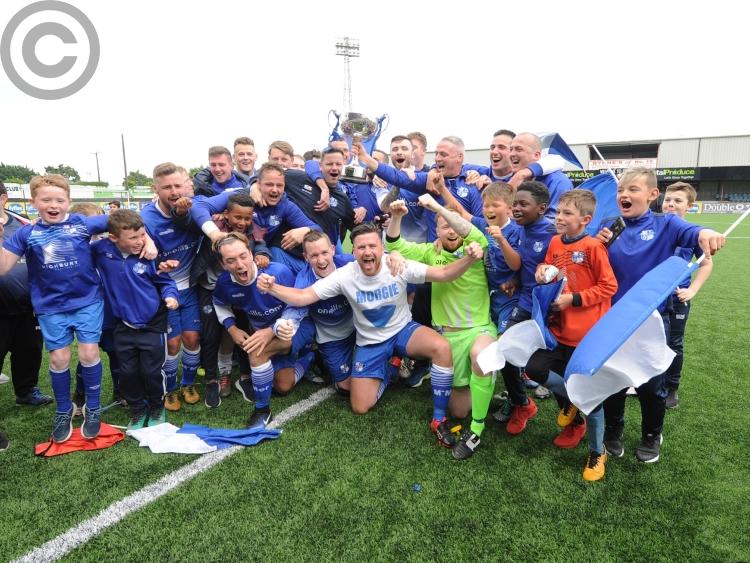 Gary Clarke fired a double, while Micky O’Kane, Brendan Hughes and substitute Cody Magill also got their names on the scoresheet as the Blues set-up a home fourth round meeting with Carrick Rovers, whom they faced in last season’s semi-final.

In what was Billy Smith’s first start since returning to action, he and his namesake, Martin, caused Kells untold problems, with the latter opening the scoring in the early stages.

The Blues led 5-0 at the break and, in truth, it could have been much more had they needed to up their goals-for tally.