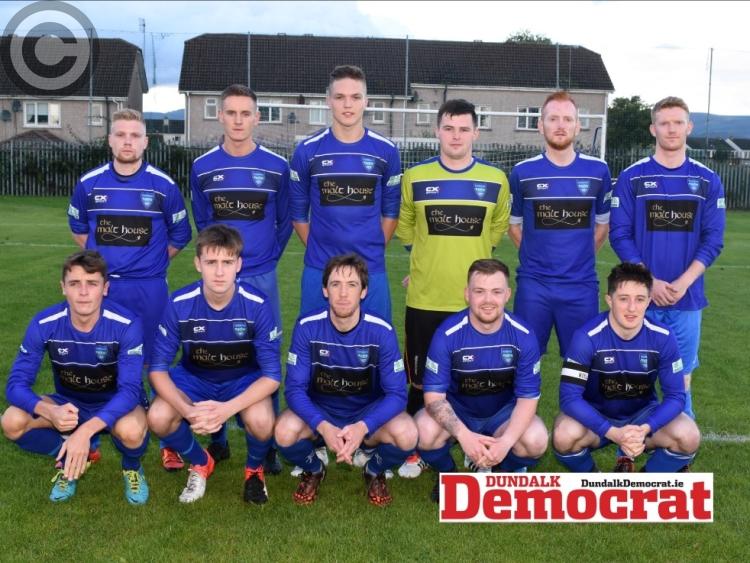 Glenmuir FC remain winless in Division Three after suffering a heavy defeat away to Moneymore on Friday night.

Ultimately, they were made to pay dearly for a slow start as the hosts struck three times in the opening 10 minutes to take command. Two of the strikes stemmed from corner-kick deliveries.

Midfielder Danny Mullen pulled a goal back for Wayne Conroy’s men with a sublime free-kick from the edge of the area.

Indeed, creating chances was far from an issue for the Hoey’s Lane side with Seán Bailey pulling a fine save from the Moneymore ‘keeper and Eibhin Caldwell hitting the goalframe as the visitors trailed 3-1 at half-time.

An early goal made it 4-1 to the Drogheda men and they added another pair of scores before the finish, but only after Mullen struck the post for the luckless Glens.

Both sides finished with 10 men, David McKenny seeing red for the Blues.