INSIDE TRACK | Drawn-out Louth Senior Football Championship to get back underway and guess who's back! 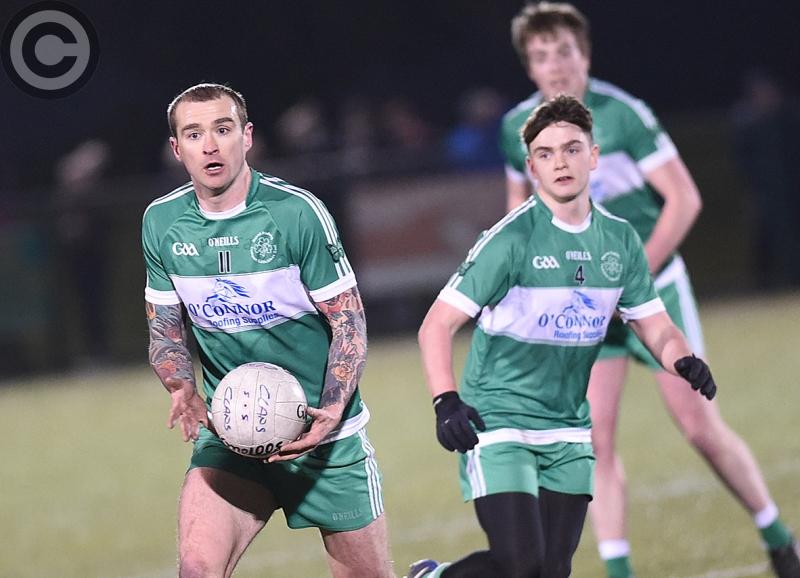 There’s no danger of there being a repeat of a century ago, the final of the 1918 Louth senior championship final not taking place until well into 1919*. But, the length of time it is going to take to complete this year’s renewal will be considerably longer than originally planned.

It all began back in July, 12 teams lined up for the league section. This went according to plan, the field being whittled down to the eight to contest the quarter-finals. Then for some reason the mothballs were taken out – there’d be no games in the knockout stage until the middle of September, a month behind the original schedule.

The hiatus has been welcomed by some teams, not by others. It’s set to end this weekend. All four quarters are down for decision, two on Saturday evening, the others the day after.

Newtown Blues is the name written large among the octet. Not only are the Drogheda side title-holders, none of the others have been as consistent this season, a trait that has already won Blues the grade’s second most important competition.

Blues face St. Joseph’s in the second of the two Saturday matches arranged for Dunleer; before then, O’Connell’s and Naomh Máirtín will have settled their differences. Or maybe not. Three of last year’s quarter-finals ended in a draw, and the other one had only one point between the teams. The first of the Páirc Uí Mhuiri ties might need a second match to decide it.

If there’s a bit of a sameness about the quarter-finals, it’s because seven of the eight teams were involved at the same stage last year, O’Connell’s (for Geraldines) being the only change.

The delay in reaching this stage hasn’t helped either Sean O’Mahony’s or Dundalk Gaels. Both have been weakened by the loss of key players through injuries and overseas work commitments. But it might work in St. Patricks’ favour.

Set to take on O’Mahony’s at Clan na Gael Park, this century’s most successful senior side welcome back seven-time championship winner, Paddy Keenan, from his travels. That can only bolster the Lordship side’s chances, for while he has never been far from the treatment table in recent times, Keenan retains the class to make a difference.

The last time Gaels and Dreadnots met in a championship tie at The Grove – a 2014 semi-final - it ended all square, with the Clogherhead side winning the replay. Results since then haven’t been in Gaels’ favour. For the trend to change, they’ll have to come up with a performance to match some of the ones that brought them to last year’s final.

There’s a Democrat in-house competition running parallel with the county championship season, and it’s coming down to the wire as well. The race, which required the contestants to name the winners of the three main grades, began with a field of four, your writer lined up alongside that man of many sports, Caoimhín Reilly, the paper’s Editor, David Lynch, and former Co. Board chairman and current President, Peter Brannigan. Now it’s down to two.

Lynch and Brannigan are out, undone by their intermediate selections, Hunterstown Rovers and Clan na Gael, respectively. Reilly is depending on wins for Blues, Mattock and Glyde Rangers, while representing his sole opponent are Máirtín’s, Mattock and Young Irelands. This weekend will tell a tale.