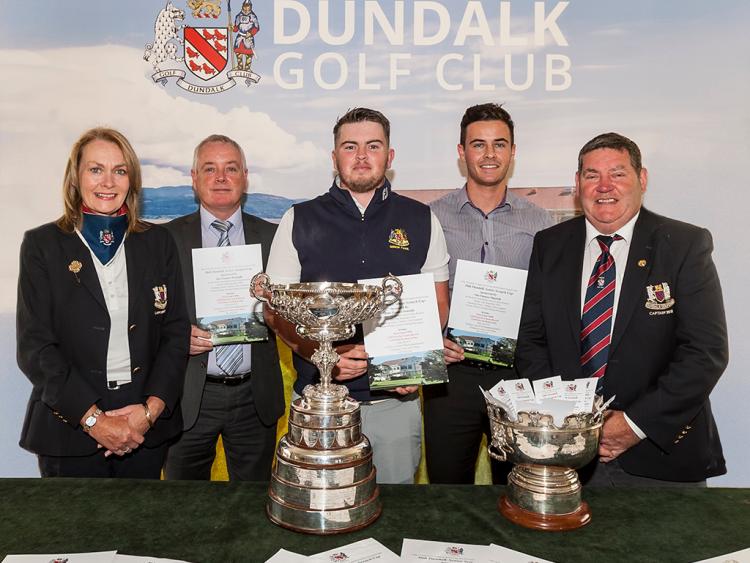 South of Ireland champion Caolan Rafferty will be the big draw when the One Finance sponsored Dundalk Scratch Cup takes place this Sunday (September 16) over 36 holes at Dundalk Golf Club.

Since he first won the competition in 2016, Rafferty has firmly established himself as one of the top amateur players in Ireland and is currently the second highest ranked Irishman in the World Amateur Golf Rankings where he sits this week in 63rd place.

He will head home to Dundalk after spending the earlier part of this week in the Welsh seaside resort of Conwy as part of an Irish team looking to win the Home Internationals for a fifth year in a row.

Last year, Rafferty had to settle for third place behind Warrenpoint’s Colm Campbell in his defence of a title that includes the likes of three-time major winner Padraig Harrington among its former champions since its inception in 1963 when David Sheahan was the first winner.

Rafferty’s presence alone is sure to guarantee a large crowd at Dundalk on Sunday as the locals avail of a rare opportunity to see the 25-year-old in competitive action over his home course.

Rafferty will lead a strong home challenge into this year’s competition with all eight members of Dundalk’s senior panel included in the field as they battle for places in next month’s All-Ireland Barton Shield semi-final at Thurles Golf Club.

Entries are still open, but the field already includes plenty of quality with the likes of Colin Woodroofe, Aaron Marshall, Eugene Smith, Max Kennedy, TJ Forde, Jack McDonnell and Cian Geraghty among the early entrants for an event that is firmly established as one of the top Scratch Cups in the country.

The greenkeeping staff at Dundalk have been working hard over the last few weeks to have the course in top shape for Sunday and the course record of 64, which was set last year by Aaron Grant, could be under threat.