Pain of defeat stronger than the joy of winning and Louth's 2015 All-Ireland winning captain, Michelle McMahon, knows it only too well 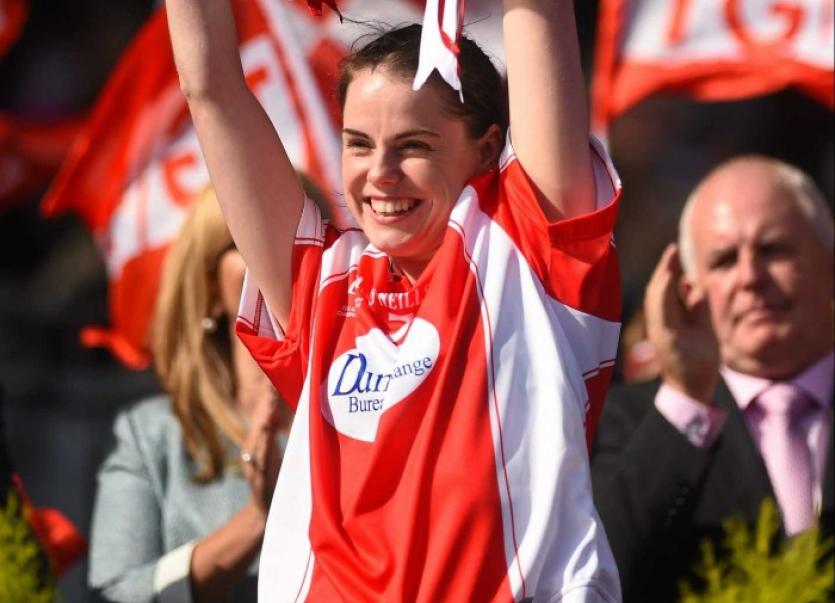 The pain of losing an All-Ireland final is probably only appreciated by those who have sampled it, and its context only fully understood by the few who return to go one better.

Michelle McMahon, captain of the Louth All-Ireland junior winning team of 2015, has trialled both extremes, having lost the decider three years prior to achieving the holy grail.

With those experiences comes a knowledge of what is required to make the Croke Park odyssey memorable for joyous reasons, perhaps there is a responsibility too, after all, the younger players may need her leadership to get across the line at HQ on Sunday.

“It’s an opportunity that we just have to grab. I probably remember 2012 more than I do 2015 and it’s something that haunts me,” she says in a tone full of honesty, “the pain of ‘12 is definitely stronger than the joy of the experience in 2015.

“I suppose it’s about trying to translate that to some of the younger girls who would never have been in that position and haven’t experienced that type of loss.

“The age demographic is younger this year and there are no players left who have been to Croke Park and haven’t got a victory. In 2015, there were the 2010 and 2012 defeats on everyone’s minds and that was driving us.”

For McMahon, who’d have no luck if only for the bad sort, the 2015 win over Scotland was also tinged with disappointment. After breaking two bones in her hand and dislocating a knuckle, she played only a small on-field role as the Wee County took the glory step.

Though still able to claim the trophy and lift it aloft, the feeling wasn’t wholesome.

“The joy of Louth ladies being All-Ireland champions in 2015 has definitely overshadowed any disappointment there was with my hand, but it was very, very upsetting to pick up the injury.

“As it was coming up to the final, I was hoping that I would be back fit for it and it wasn’t until a day or two beforehand that we realised that it wasn’t meant to be. It was fairly difficult to try and come to terms with; I knew I wasn’t fit to play, but I knew the girls could do the job without me and I was lucky to get a bit of game time at the end of it.”

And fate could have intervened once more. After a collision in last month’s semi-final win over Derry, McMahon was treated on the field for almost an hour. Was it to happen again that an injury at the penultimate stage would rule her out?

“I don’t have the best of luck in semi-finals…

“In the moment, I was quite scared. I was confident in the physio because she was looking after me the best she could and I suppose it wasn’t until later in the day that I started thinking about the game and the result.

“Thankfully, it wasn’t anything too serious this time around and I’ll be fighting fit for the final.”

And hopefully, victory-pending, Sunday can see Michelle experience the All-Ireland package to its fullest.