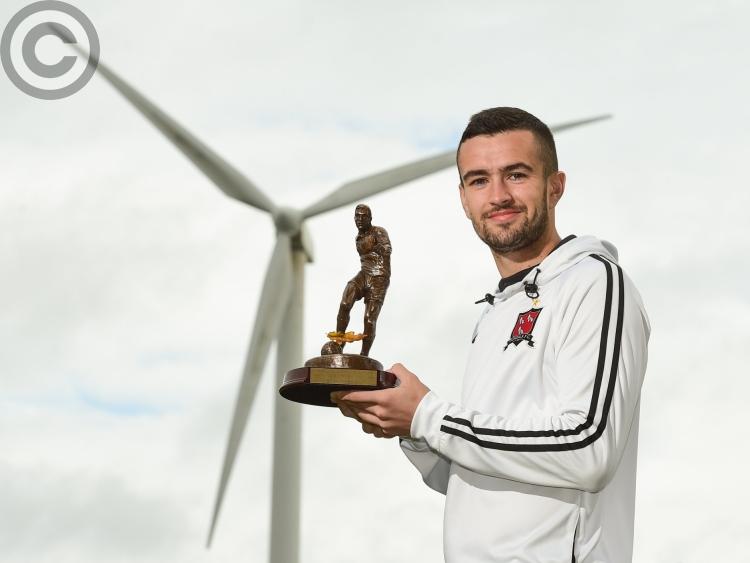 Michael Duffy (right) with his award.

Dundalk FC's wing wizard Michael Duffy has been named the SSE Airtricity League/SWAI Player of the Month for August.

The No. 7 saw off the competition, which included team-mate Chris Shields, to land the individual gong for the second time this season.

“I’m delighted to win it again,” said Duffy. “I’m enjoying how the season is going at the minute as I’ve been playing well. I just want to finish the year off on a high.

“We’re in a great position at the moment. It was a mad month, and with 15 minutes to go that night in Limerick we were only one point ahead of Cork, but we’ve dug in and results have gone our way.”

The 24-year-old, a former Northern Ireland U21 international, has already revealed he is keen to represent the Republic of Ireland after receiving a phone call from Martin O’Neill, and he hopes recent performances will be enough to earn him a place in the international squad next month.

“Since I got the call from Martin O’Neill, I’ve been doing well so hopefully next time around the papers will have gone through and he picks me in the squad,” Duffy says.