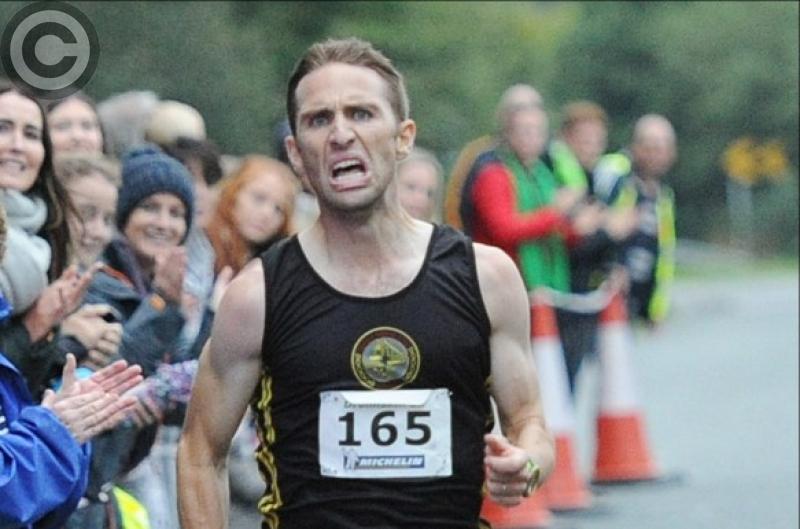 In a field of 615 runners, Greene managed to dip under the 15 minute mark for only the second time in his career, finishing in 14.59.

Irish international and 2016 Olympian Michelle Finn was the first female finisher, doing so in a fantastic time of 16.45 - a record which is likely to stand for quite a while.

Slieve Gullion’s Patrick Hamilton was next to Greene with a very impressive 15.15 and finishing in third place was Shane Healy, who, just two weeks shy of his 50th birthday, proved that age is only a number with a time of 15.32.

Tallaght AC athlete Laura McDonnell, with a time of 18.01, followed Finn as the fastest lady and in third place was Newbridge AC athlete Michelle Cox, who was returning to the club she represented as a juvenile in a time of 18.07.

Drogheda and District’s Paul Smyth won the over 40 category for men with Mick Reilly from Shercock AC in second. In the ladies over 40, Olivia Martin from Bohermeen AC in Meath with Sally Clarke in second. The over 50 category was won by Colm Byrne from Balbriggan Runners in a time of 18.34 with Jim McArdle in second.

The ladies over 50 was won by Mary Waters from Navan AC with Anita Bolton of North East Runners in second. The men’s over 60 was won by Chris Keeling from Balbriggan Runners with St. Peters’ own Andrew Rogers in second. The women’s over 60 was won by the remarkable Nuala Reilly from Drogheda and District AC with Mary McDonnell, also from Drogheda AC, in second. The junior men race was a sprint finish battle between two Hughes siblings with Óisín holding off his younger brother, Donnacha, to claim the bragging rights. The junior girls was won by Abigale Teggert of Drogheda and District AC closely followed by club-mate Kate O’Reilly.

The club team prizes were both won by North East Runners with Niall Fergus, Liam Fergus, Barry Meegan and Stephen Mulholland, while Laura Matthews, Anita Bolton, Zara Nevin and Bernadette Muckian. There was also for the first time a fit for life club team prize which was won by Togher Runners. The race was a massive success and was great to see a whole community get together to make it such a success.