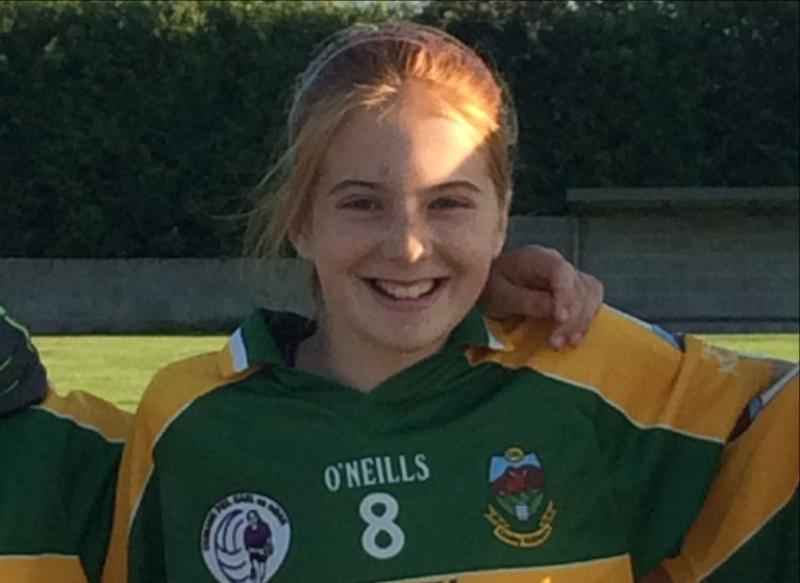 She will represent Louth in the INTO/GAA/Cumman Na mBunscoil Respect Exhibition Go Games match in what will be a proud day for herself, her family, her school and her club.

Lucy, a sixth class student at Muchgrange NS, Greenore, excelled at the Louth GAA schools skills competition held in Darver in May and was rewarded with the responsibility of representing her county on the big day.

Lucy has played on her school football team since third class and has been part of the girls’ team that had success back in 2016 and were runners-up in 2018. She has also played with the schools boys’ team.

She is a current member of the Cooley U12 & U14 girls’ team. She plays a pivotal role at midfield U12. Cooley girls are recent U12 League runners-up for 2018 and are challenging for championship success. She is also a member of the Louth U12 girls’ team who won the 2018 Leinster Division Four blitz.

Lucy is a talented athlete with Glenmore AC and is the current girls U13 2018 Leinster indoor and outdoor 80m sprint champion.