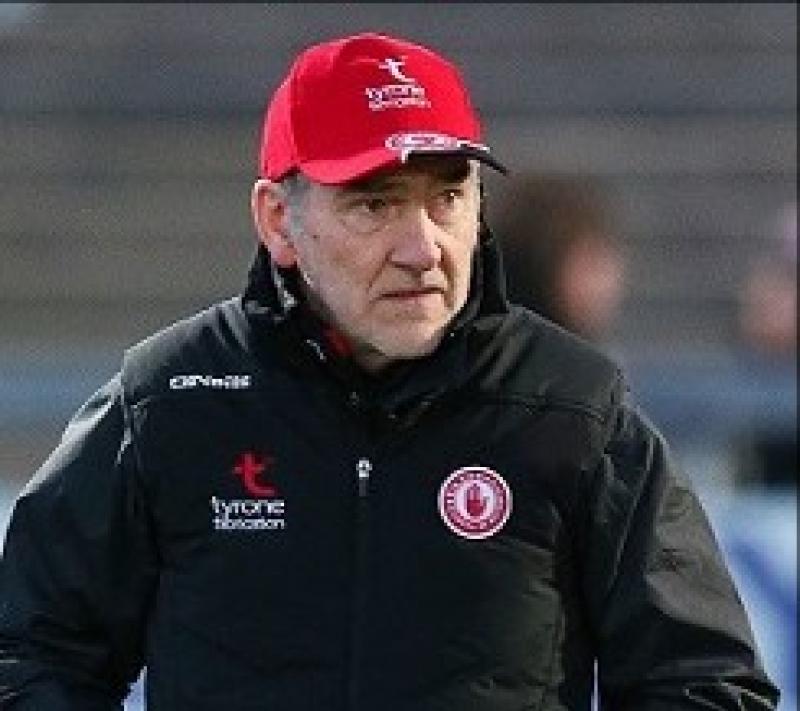 Mickey Harte has nothing to prove as Tyrone senior team manager. In the 16 years he’s been at the helm, he’s masterminded three All-Ireland wins, along with four in Ulster and one in the National League. And prior to taking over the top job, he led the Red Hands to championship success at minor and U21 levels, twice in the latter grade. Defeat has been out of the question in his last six finals.

The senior successes came in 2003, 2005 and 2008. Kerry were victims in two of those finals, the team from the other side of the river Moy, Armagh, in the other. There was a carry-over from one team to another in those six glorious years - the likes of Seán Cavanagh, Ryan McMenamin, Enda McGinley, Conor Gormley and Brian Dooher were ever-present.

A decade on from when the Sam Maguire last rested in the O’Neill County, Tyrone are back in the All-Ireland final. On Sunday they attempt to stop a Dublin juggernaut that’s been rolling for the past three years - longer if you care to take in the success achieved in the four years prior to the hat-trick being set in motion.

Harte is still issuing instructions from the line, but listening are only two players with a Celtic Cross in their collections. Colm Cavanagh and Cathal McCarron were among the subs in 2008 when Tyrone, after travelling a long road through the qualifiers - with a win over Louth at Drogheda along the way - scored a second successive win in All-Ireland finals with Kerry.

The panel which Harte has pieced together over the last few seasons is for all intents and purposes a new invention. Should he again see his charges take the laurels, he’ll find himself alongside Meath’s Seán Boylan, not only for bringing his number of senior titles to four, but also as a bridge-builder.

Boylan closed an eight-year gap between his second and third title wins, and then two years later completed his four-timer. In contrast, the two other great managers, Mick O’Dwyer and Kevin Heffernan, had their many wins on the bounce, as it were, continuity being the key. (Jim Gavin will no doubt have ‘great’ attached to his name when he quits, and deservedly so.)

This is arguably the biggest test Harte has faced. No, wait, there’s no arguably about it. Dublin are on to a four-timer, attempting to emulate Kerry (who did it twice) and Wexford, and in going unbeaten in championship football since 2014 have inflicted some heavy defeats, one of them on Sunday’s opponents in last year’s semi-final. Today’s game is different from the one Kerry and Wexford played when they were in their pomp, but it’s not only historians who have come to the conclusion that this Dublin side is the greatest ever.

Tyrone fell victim to the Dubs last year, given an awful hiding in the penultimate round. It marked three-time All-Ireland winner, Seán Cavanagh’s last game in the red-and-white, and the widely-held opinion was that with the long-time talisman would go Tyrone’s chance of finding a place on the centre stage for some considerable time.

This year’s Ulster Championship wasn’t good, and neither was the early stages of the qualifiers, Tyrone just managing to find a way past Meath in Navan. But momentum has been growing since, and it only sustained a minor jolt in the Omagh meeting with Dublin in the Super-8s.

The pundits, amateur and professional, not to mention the odds-makers, are all lined up against Tyrone. But what about the omens? They’re reading well for the Ulstermen.

Harte has never tasted defeat in a senior final and in each of his three wins has seen his team beat the champions of the previous year, Armagh (winners in 2002), and Kerry twice (2004 and 2007). And you know who won last year...