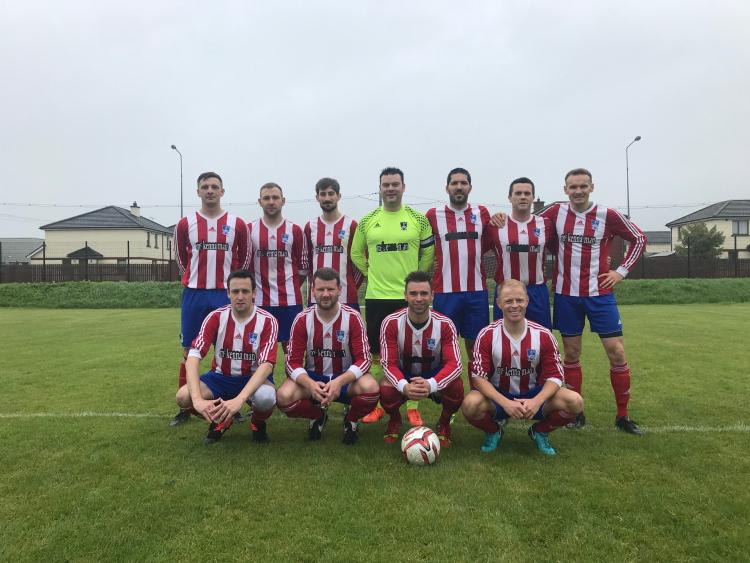 Tully Cup round one

Bay FC moved into the second round of the Tully Cup on Sunday, but they were made to work for progression against lower league Chord Celtic in Dundalk.

Home ‘keeper Kevin Mullen was kept busy, especially early in the affair, before his resistance was eventually broken as Chord deservedly took the lead just past the midway point of the opening half.

However, Bay have made an excellent start to the season and they were soon on level terms when Victor Galan finished Johnny Winter’s knockdown to the net. The goal followed chances for Gavin Toner and Kevin Scollon as the hosts upped their levels evidently.

Level at the break, Bay continued their strong spell into the second half and finally scored a second when Alan Breen shot home after a neat one-two with Alfonso Crespo. It’s Bay’s 250th goal since entering the NEFL in 2015.