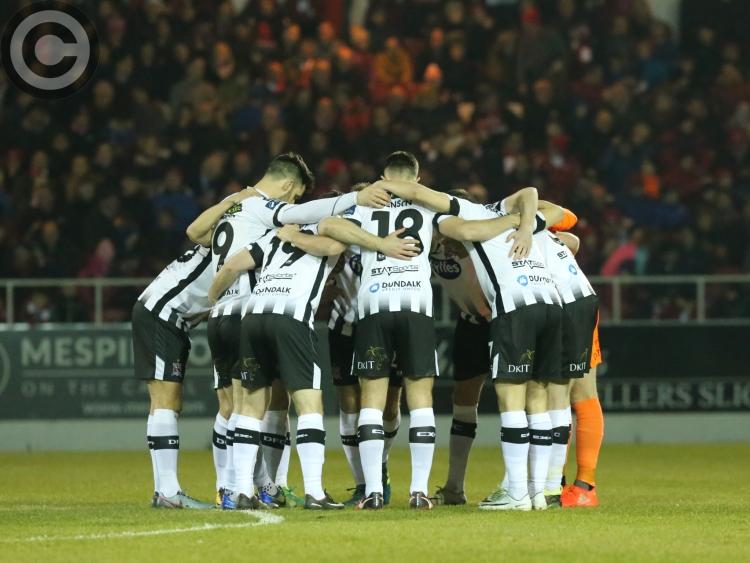 Dundalk FC moved three points clear at the top of the SSE Airtricity League Premier Division with a 2-0 win over Sligo Rovers tonight.

The victory, their 13th league triumph on the trot, could be a major one as they bid to claim a fourth title in five seasons. With Shamrock Rovers to come at Oriel Park on Tuesday night week, the Lilywhites could be six points clear by the time rivals Cork City next take to the field for a league game.

Michael Duffy and Patrick Hoban, just as they were earlier this season, were the goalscorers for Dundalk at the Showgrounds as the Lilywhites earned their third win of the campaign against the Bit O'Red.

Making two changes to his line-up from Friday night's victory over Bray Wanderers, Stephen Kenny started Seán Hoare and Dylan Connolly in the places of Daniel Cleary and Patrick McEleney.

Having weathered an early spell of Sligo pressure, Hoban went close to breaking the deadlock with a shot into the side-netting, before Duffy put them ahead with a bending effort from the left as home custodian Mitchell Beeney was beaten all ends up.

Michael Duffy gets on the end of a Chris Shields pass and takes the ball forward before curling a shot beautifully to the bottom right hand corner!! Get in!! pic.twitter.com/DDZgve8gYl

However, it was the other 'keeper, Dundalk's Gary Rogers, a title winner with Sligo in 2012, who was required prior to the break to ensure the gap remained intact as Mikey Drennan went close for Rovers.

The second half was an even affair, but that man, Hoban, with his 25th goal of a fabulous season, made the points safe with 13 minutes to go, dispatching Duffy's delivery, as the visitors ensured the points would be heading back to the north-east.

Hoban twice went close to extending the winning gap as the Lilywhites continued to probe.

But the two goals, which edges them closer to the league's goals record as well as the Premier Division title, were enough on a night where the couple of hundred of travelling supporters headed for home very, very happy.