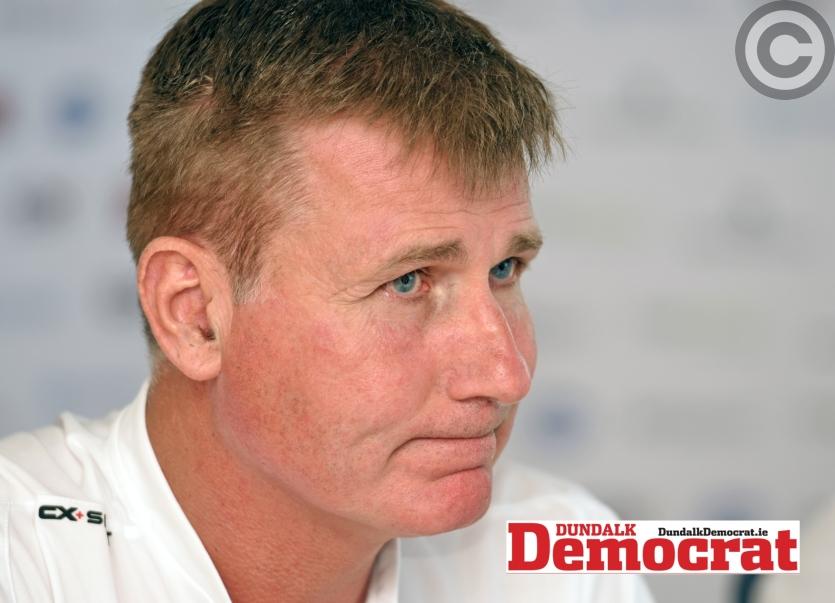 Following Cork City’s draw at home to St. Patrick’s Athletic last night, the Lilywhites have an opportunity to put three points between themselves and the Leesiders at the league’s summit with a win.

And with another game in-hand, against Shamrock Rovers next Tuesday night, it would be a major step towards reclaiming the title they won for three years running between 2014-16.

However, Stephen Kenny is adamant that their match at the Showgrounds will be anything but easy, insisting that Sligo will have taken a boost from Friday night’s win over Limerick - a result which all but secured the Bit O’Red’s top-flight status.

“Sligo is a tough game for us because they got a confidence-boosting win in Limerick and they’ve had good league form,” he told The Democrat last night.

“They beat Derry in the Brandywell previously. I know they were knocked out of the FAI Cup, but in their previous (league) match they beat Derry and then Limerick and that sort of made them safe, so tonight is a shot to nothing for them and they’ll be really looking to beat us.”

“They will be confident going into the game against us,” said Rogers.

"They have played quite well recently. They have good players. They are a good side and they always give us a difficult game.

“We have to go about our business and try to get another win. "

Jamie McGrath went off at half-time of Friday’s win over Bray Wanderers due to an ongoing groin concern; however, he’s in contention for a start tonight. John Mountney is continuing his recovery from a thigh tweak and is likelier to be involved in the FAI Cup clash with Finn Harps later this week.

Kick-off at the Showgrounds is 7:45pm.