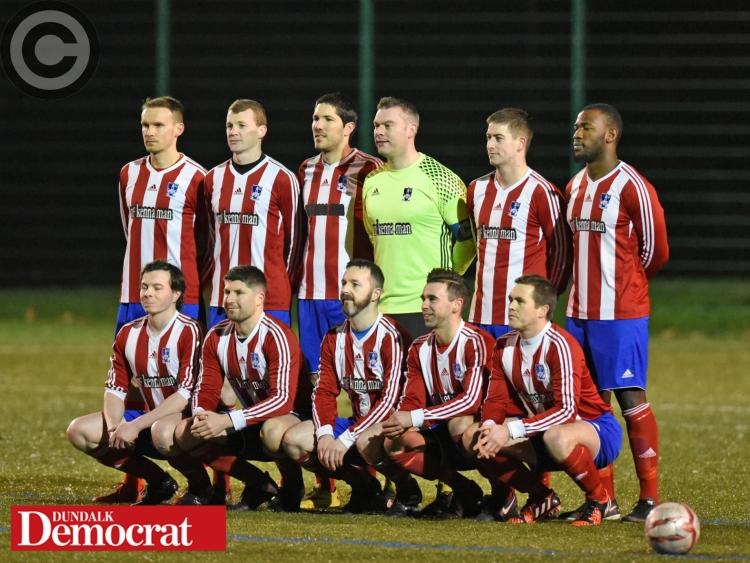 Damien Bellew’s side were impressive in claiming a 2-0 win, with striker Gavin Donnelly marking his debut by installing them with the lead inside a minute, after fine work by Kevin Scollon.

The goal set the tone for the match as the Dundalk side continued to exert pressure on the home goal, going close to extending the gap through Donnelly and Paddy Connor.

However, ‘keeper Kevin Mullen was required to intervene on occasions before half-time as the visitors sought to hold on to their lead.

A lead which was doubled just before half-time when Alfonso Crespo stylishly lobbed the home custodian, who was stood in no man’s land, as the ball ended in the net. It was an advantage which fairly reflected the balance of first half play.

Virginia came out intent on getting themselves back in contention after the interval; however, Bay created chances at the other end and Crespo saw an attempt cleared off the line.

The winners kept repelling the Cavanmen to the finish, and held out to claim the points and an impressive clean sheet.