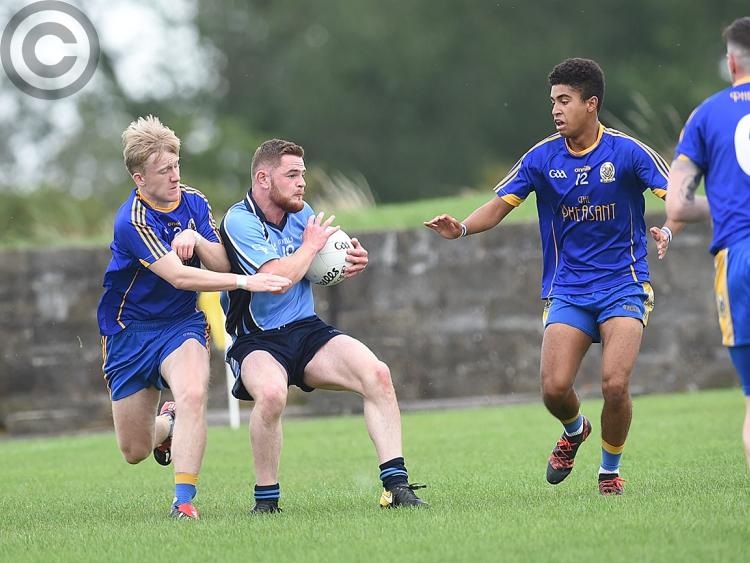 Mark Gilsenan’s side won with the handbrake on as inside forwards Niall Sharkey and Gareth Moran ran riot, evenly contributing 2-10 of the winners’ total, all from play. Sharkey’s tally brings him to 3-12 in just three championship games.

And what’s more impressive, and ominous for the other teams remaining in competition for Christy Bellew, is that they still have Ciaráin Sheridan and Trevor O’Brien to add to their well-oiled machine.

The 2017 winners, Glen Emmets, were unassuming in making their way to the final, having been runners-up a year earlier. But Glyde, losers in last autumn’s decider, have made quite a bit more noise en route to reaching the last four, which is suggestive of their intent to follow in Emmets’ trail.

Another to impress was Dion Conlon, the powerful winger notched six points from play, including four in a second half where the winners played down the Grove hill.

For Tones to challenge they needed a bright start; they got anything but, however, as Sharkey (3), Moran (2) and Conlon nudged the Tallanstown side ahead by 0-6 to 0-1 in next to no time.

Jamie McCormack was a live threat in the Tones attack and opened their account, but a ready supply of ball was far from forthcoming as Glyde dominated while floating through the motions.

‘Keeper Chris Eustace, from a ‘45, and Adam Gartland brought the Drogheda men’s tally to three, by which stage the outcome had truly been decided with Glyde having posted 11 points. And that was how things stood at half-time.

The Glyde tide remained relentless after the break and they swiftly added another minor courtesy of Conlon before scoring the opening goal. Good play by Moran saw him cut along the endline and selflessly square for Sharkey, who converted to the net.

The next four points were shared as both teams opted to make use of their reserves, a move which saw the intensity drop a notch or two. But, all the while, the Sky Blues were bridging the gap and a peach of a finish from Moran produced the game’s second goal.

Conor Sheridan, Conlon, Fiachra Sheridan and substitute Peter Duffy collectively piled on the points for the winners and while Tones replied in between with impressive efforts from Marc Lugoye and Dean Haggins, the final shrill of referee Gerard Corrigan’s whistle merely confirmed what had been inevitable for some time, a comfortable Glyde win.