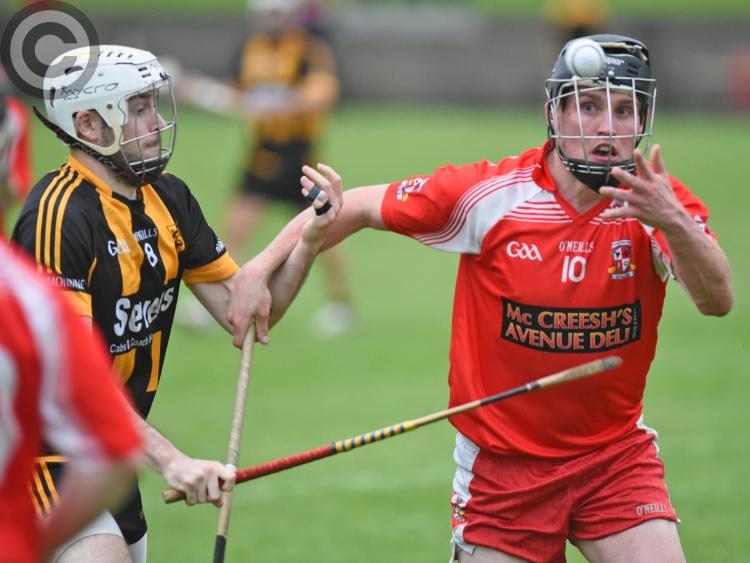 Knockbridge made it two group wins from two in the Louth Senior Hurling Championship with a three-point win over St. Fechin’s in Darver on Thursday night.

The Reds led 1-7 to 0-6 at the break and coped well during an entertaining second half to maintain their charge for the senior double this year, having already claimed league honours.

Corner-forward Seán Marry scored the only goal of the opening period for the Tony Teefy/Trevor Hilliard-managed outfit as they raced out of the blocks.

They led five points to four when Marry struck. Shane Fennell, the match’s leading scorer, had three points on the board early on; however, as the encounter progressed, Paddy Lynch proved himself to be equally as clinical from dead-ball opportunities.

Knockbridge started the second half well and led by five when Seaghan Connelly gave Fechin’s a lifeline with a goal. And, suddenly, when David Stephenson and Lynch pointed the teams were level at 1-9 apiece.

The winners responded, though, shooting over five times on the trot to hold off the Termonfeckin side’s spirited revival.

Despite the loss, Fechin’s will be confident of beating Mattock in their closing encounter.