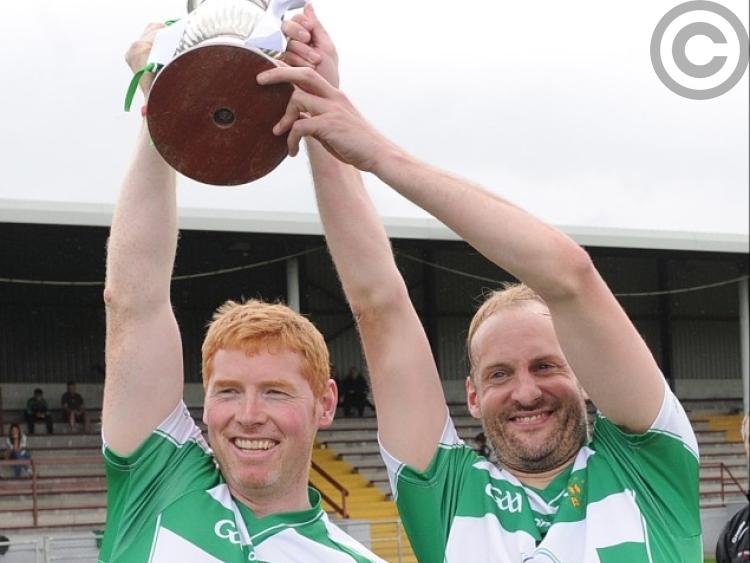 O’Raghallaigh’s claimed the Division Two title on Sunday afternoon with a comprehensive display at the Gaelic Grounds.

Mickey Conlon’s men were already the division’s top-scorers, but to have enhanced their plus-200 point tally in the manner they did, against a Kilkerley Emmets side who would have taken the title themselves with a win, underlines their diligence and quality.

Having coped with some early pressure from Emmets, O’Ragh’s ran amok with each of their starting forwards among the scorers.

Tadhg McEnaney led the visitors’ charge. However, unusually, Shane Lennon had an off day beside him and saw a late penalty - which, if converted, would have merely acted as a consolation, wonderfully saved by Joe Flanagan, down to his right.

Had Emmets taken some of their first half goal chances, things may have turned out differently, with Ronan Mulholland seeing a shot saved as Lennon and Daniel McKeown stood free across goal in what was their clearest-cut opening.

But they were never in control and the home side’s dominance at midfield gave them the platform to record a 10th league win from 11.

Moore and McEnaney traded five points apiece in the first half, but O’Ragh’s deservedly led 0-12 to nine at the turnaround and Rogan’s goal three minutes after the break put them firmly on their way to glory.

Winger Daniel Morgan, one of three impressive youngsters in the winners’ ranks, along with Jack Carr and Olan Walshe, bagged his team’s second major before Emmets captain Shaun McElroy was dismissed after a coming together.

The numbers were later evened when Robert Mulroy was ordered off, but his team were in cruise control by that juncture and leading 2-16 to 0-11.

Seán Hand’s long punt found its way into the back of the net after some confusion in the O’Ragh’s goalmouth as the travelling contingent got something to shout about.

However, there was only one team making noise at full-time as O’Raghallaigh’s sealed their return to Division One.