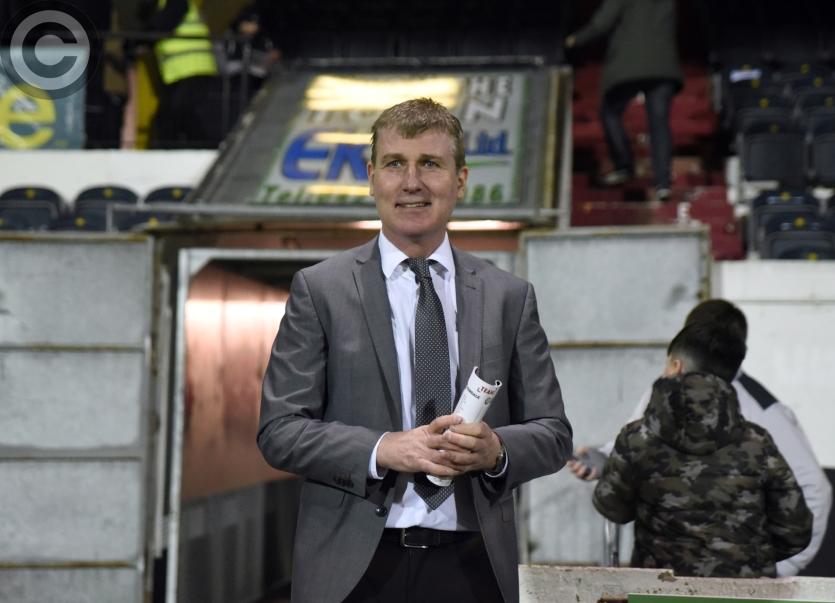 The narrative of a season can twist on one result, or two. Indeed, it’s almost as if the importance of tonight's FAI Cup opener against Cobh Ramblers has accelerated for Dundalk FC.

Stephen Kenny would no doubt have given the Rams the respect they deserve in his team selection, but it just may be that with no second leg European tie to come next week, and Monday's EA Sports Cup exit to the Cork side, the Lilywhites will field their strongest line-up.

Had Dundalk got through against AEK Larnaca, their tilt at reaching a fourth successive cup final would have been delayed by almost 48 hours. But, with domestic competition now their sole priority, the sides will reconvene within four days.

Karolis Chvedukas and Ronan Murray are among the reserves set to step into the action on Friday night as the Lilywhites look to avoid losing in the first round for the first time since 2010, when St. Patrick’s Athletic, who had Gary Rogers between the sticks, claimed a 1-0 win at Oriel Park.

Though, that match is more synonymous for other reasons, with Dundalk having finished with eight men and succumbed to an 89th minute winner from Brian Cash.

“We have games coming up now and we all want to be collective and everyone working towards trying to achieve our objectives,” said Kenny.

“No-one wants to be rested, players want to play and that’s only natural, but it’s my job to manage it.

“Sam Byrne and Stephen Folan are back from injury so they’ll come into the picture. Karolis Chvedukas, John Mountney and Ronan Murray, they need to play.”

Asked if the like of Murray was feeling frustrated about his lack of game-time in recent weeks and months, Kenny added: “It’s (not always being involved) part of life. It’s part of being in a successful team no matter what sport you’re in.”

Patrick McEleney will miss the match with a groin injury, however.

Unlike Dundalk, who sit in contention for Premier Division honours and just two points shy of Cork City with two matches in hand, Cobh have suffered a dip league-wise in 2018. Whether it be down to poor form or a higher standard in the First Division following the group’s expansion to 10 teams, their promotion play-off seasons of 2016 and last year seem a distant memory.

Nonetheless, reaching the League Cup final has already made it a campaign to remember.

Honesty is a trait of Cobh manager Stephen Henderson and he knows they’re in for a tough encounter at the Carrick Road.

They sit eighth in the league, and are unlikely to catch or be caught by the teams either side of them, meaning they have nothing to lose in the fixture.

Henderson said: “We are coming up against the best team in the country.

“We are not stupid, we know what we are up against. So it will just be a great learning experience for us.

“We are going to try to work on our shape and how we want to try and play against them.

“It is something to really look forward to, but I hope it is not an experience that we will have nightmares from.

“There is no way anyone on the planet will put a euro on us winning. That is fair enough because the gap between us and where we are and where Dundalk are is huge.

“We are not throwing our hat at this. We are looking forward to it, it’s a free hit,” he added.