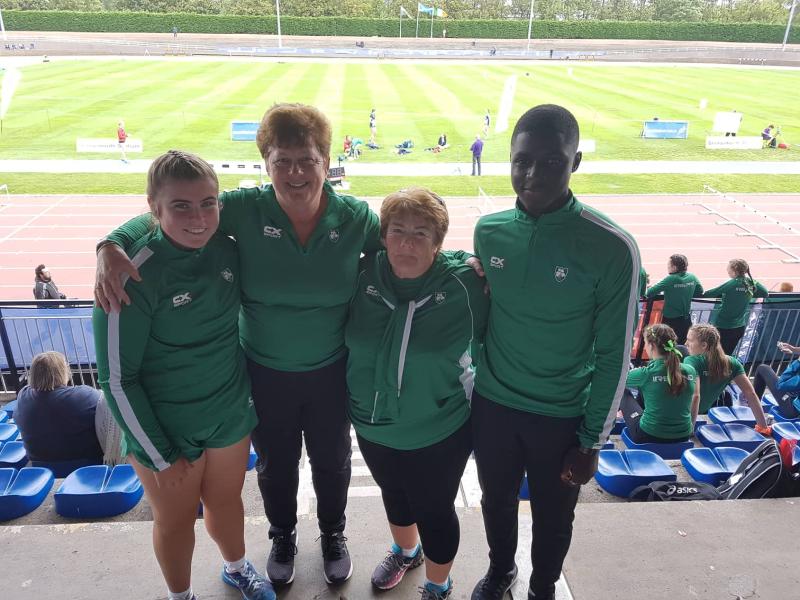 The annual Celtic Games athletics international match involving U18 and U16 teams from Ireland, Scotland and Wales was staged on Saturday in Grangemouth, Scotland. County Louth had two athletes on the Irish team and both enjoyed great success.

Aoibhín McMahon of Blackrock AC was a double winner at U16 level, as she triumphed in both the shot putt and javelin. In the former, she recorded an extremely impressive 14.26m, which is a new Celtic Games best performance, while in the latter she had a fine throw of 41.58m.

Israel Olatunde, of Dundealgan AC, who was a semi-finalist in the 100m at last month’s European U18 Championships and will still be in the U18 age group next year, won the U18 200m with his fastest ever time of 22.13, albeit with the wind speed marginally over the permitted limit for non-wind assisted performances. Later in the day, he was part of the Irish 4x100m team that sped to victory ahead of Scotland and Wales in a time of 42.11.

Two coaches from the county also accompanied the Irish team to Scotland – Kathleen McConnell of St. Peter’s AC and Deirdre McTeggart of Boyne AC. McConnell has vast experience as a coach with Irish Celtic Games teams, but it was the first time that McTeggart has been honoured by being called upon to be a coach at this level.