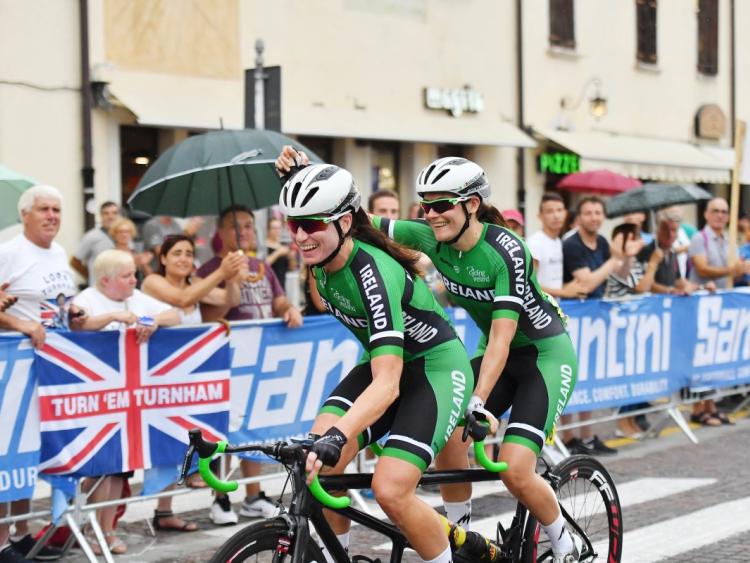 Eve McCrystal and Katie-George Dunlevy after winning this afternoon.

The pair finished the 81.6km course in two hours and 11 seconds to ensure they completed the double having defended their Time Trial crown on Friday.

On Friday the awesome twosome won the Women's B Tandem Time Trial for the second year running - and today they did the same in the Road Race. pic.twitter.com/y4JGuTcUsb

Today's success means the Cycling Ireland pair have done the almost unthinkable and won both titles in back-to-back years following success in South Africa in 2017.

McCrystal, a native of Jenkinstown, and Dunlevy have enjoyed wonderful success as a duo, including winning medals at the 2016 Paralympics in Brazil.