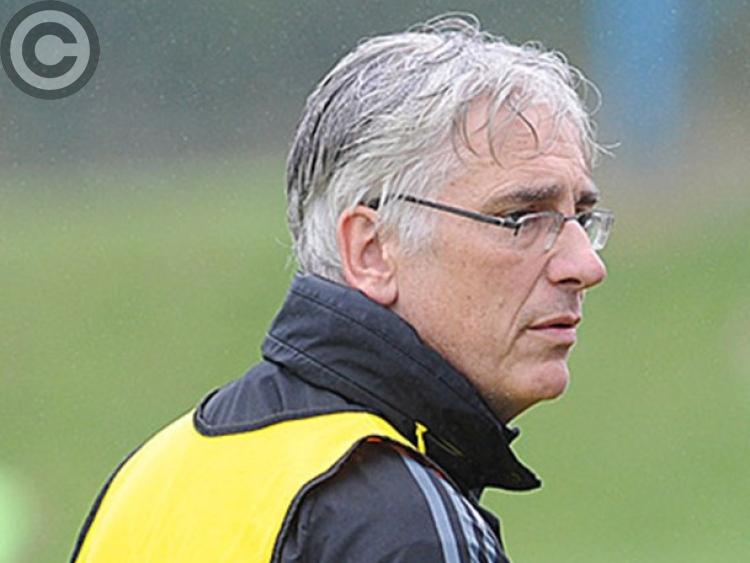 An article published in this paper on July 5, 2003, caught your writer’s eye in putting together this edition.

“McGrath would consider approach from Louth,” the headline read, as speculation grew around who would replace Paddy Carr, who recently featured in our former Louth manager series, after the Donegal man’s resignation.

In standing down, Carr became the first Wee County supremo to leave the post within the term he had been given, which, in his case, was in the second of a supposed three.

Indeed, his departure set something of a precedent with the two managers to follow, Val Andrews and Eamonn McEneaney, having vacated their positions a year short of their agreed terms, of three and five years respectively. Recently, Pete McGrath became the fourth entrant to that exclusive list.

On Carr’s departure, and the reasons for it, The Democrat reported: “There was a growing dissatisfaction among supporters, disillusioned by the performances on the field and the apparent lack of return from an intensive fitness programme, along with an ever-increasing backroom team.

“This was reflected at the June County Board meeting and it was clear from this that had the manager not resigned, it is unlikely that any recommendation to continue for a third year would have been ratified.

“In resigning, Carr has undoubtedly done the County Board’s top table a favour as it has saved them the embarrassment of having to sack a man they so readily endorsed less than two years ago.”

Considering the anger, which was successfully quashed during May’s County Board meeting, at McGrath’s comments following this year’s Leinster Championship exit, and the manner of the defeat to Carlow itself, would the Down man have survived had he not taken the decision to depart on his own behalf? It is highly doubtful.

In the aftermath of Colin Kelly’s departure last year, this paper ran a poll online with five candidates; the aim being to see who the public wanted as the county’s next manager. McGrath was the winner with, roughly, one-quarter of the vote. Whether the county’s executive were swayed by this when appointing one of the game’s most successful managers is an unknown. Nevertheless, we will be doing the same in the coming weeks when more candidates emerge.

Peter Fitzpatrick, who was in the process of concocting a championship-winning formula for St. Patrick’s at the time, was a frontrunner for the post in 2003, while Stefan White and Seamus O’Hanlon were also linked as recently retired former players.

Dublin’s John O’Leary, who had previously contended when Paddy Clarke was appointed in 1997, was another in the frame, while Clarke, when asked of his interest in returning, said: “I would never say never, but if you haven’t declared your intentions you can’t win.”

Another to be contacted was McGrath, who was helping out with Cooley Kickhams. Indeed, he was the favourite, but, despite several phone calls with Co. Board chairman Paddy McMahon, no meeting is said to have ever taken place, with McGrath declaring his disinterest in the post after some thought.

Ultimately, a springer would be appointed. Ballymun Kickhams clubman Andrews, a Sigerson Cup-winning manager with IT Tralee in 1998, was the recommendation of McMahon and secretary Pat Toner, and was duly ratified.

Interestingly, Andrews wasn’t originally linked with the position as a host of natives headed the market. But, is it that interest in the county team’s fortunes have plummeted so much that even local contenders are few and far between at present?

What does it suggest for an upcoming appointment, very little, in fact. ‘Fitzer’ still seems to be the only person interested.