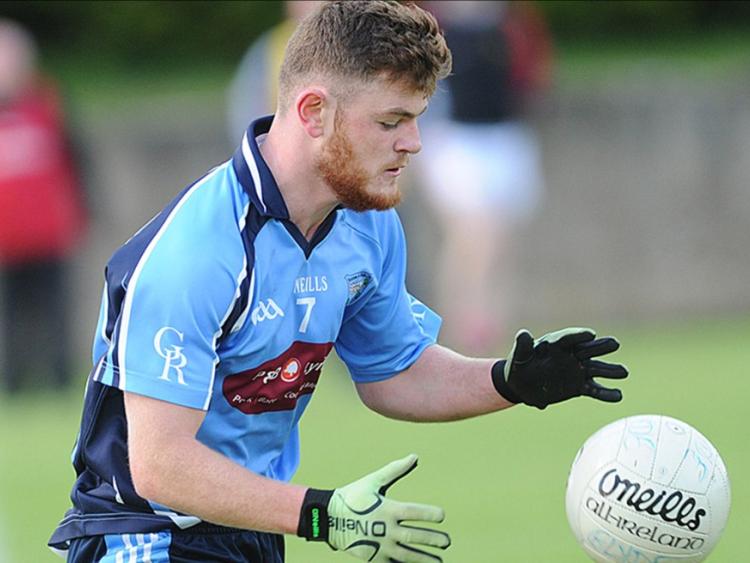 Glyde Rangers qualified for the quarter-finals of the Junior Championship as group two winners on Friday night.

Mark Gilsenan’s charges saw off the challenge of Dowdallshill at Páirc Mochta, with a strong first half display key to their second championship triumph of the year, following the win over Roche Emmets seven days earlier.

Having rattled off 2-3 against Roche, Niall Sharkey blazed a trail on the night, shooting 2-4, all but one point of which arrived before the break.

Despite scoring the first point of the game, the ‘Hill were always chasing and once the Tallanstown natives got on a roll, the result was never in any doubt.

Gareth Moran struck five points in the opening period for Glyde, who had the evergreen David Devanney lining out at midfield. The Sky Blues’ talisman Trevor O’Brien missed the game through injury, however.

Last year’s beaten junior finalists held the Dundalk side, who lost key man Noel Finnegan to a calf injury in the early stages, scoreless for the remainder of the first half, with the scoreboard reading 2-12 to 0-1 at the interval.

With the outcome settled, the second period descended into a lull as both teams made changes in personnel. Glyde’s replacements made an impact with both Barry Sharkey and Niall Bird pointing, the former doing so on two occasions.

Paul Gill continued to lead the charge for the ‘Hill to the finish.

On the evidence of the group stages, where Glyde having extended their league and championship run to seven wins in eight matches, it's hard to see who’s going to halt their march towards the Christy Bellew Cup.