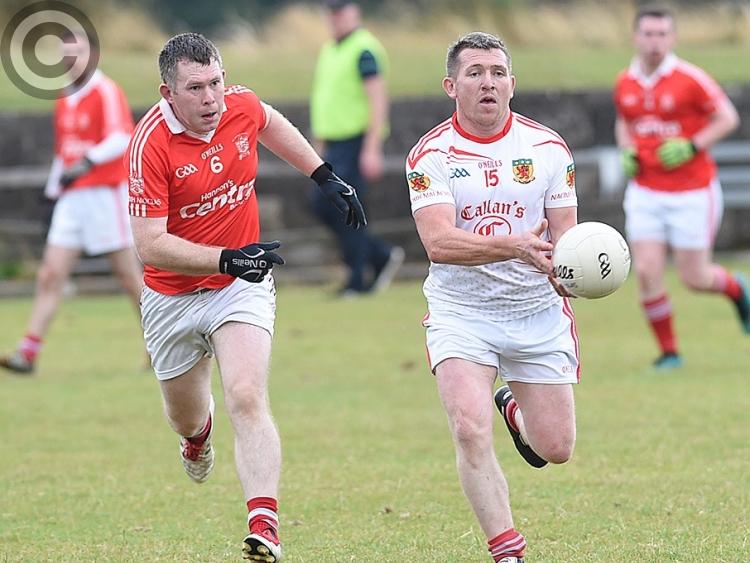 Naomh Malachi cruised into the last eight of the Junior Football Championship having overcome St. Nicholas on a 15-point margin at the Grove on Friday night.

After an even start, where the opening points were shared, the Mals came with a decisive burst, firing 2-10 to a point before the break, 2-9 of which came consecutively over a ruthless 13 minute spell.

Mark Meegan scored their first goal despite the desperate attempts of Kieran Floyd on the goal-line, while Eamon Agnew was on hand to claim a loose kick-out from Nicks ‘keeper Ciarán Brannigan, carry towards goal and fire to the net for major number two.

In pointing thrice from play, Mals ‘skipper Ronan Greene came to the fore before half-time, as too did their marksman-in-chief Colin Rooney. However, having allowed their standards to drop considerably on the resumption of play, Thomas Duffy’s charges have some work to do to be considered as a contender for the Christy Bellew Cup.

Nonetheless, their brief going into this round three clash was to earn the victory which would secure progression to the knockout stages and this was emphatically achieved.

Veteran Paddy Murtagh led the Nicks’ cause, registering all but one of their eight points. However, despite starting brightly, the Rathmullen side had no answer to the Malachi’s once they moved through the gears.