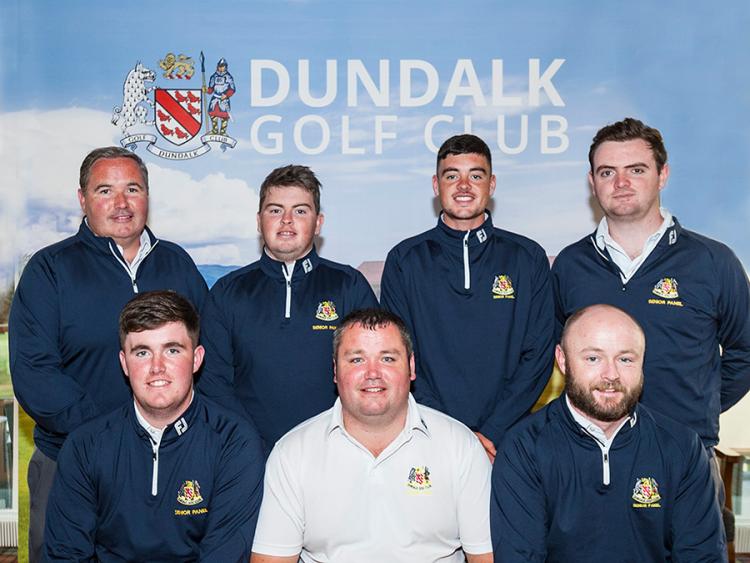 Dundalk Golf Club has reached the semi-finals of the Barton Shield after a great win over Corrstown in the rain this morning at Mount Wolseley.

Aaron Grant and Josh Mackin were 2up after 16 while Caolan Rafferty and  Eoin Murphy were 6up after 14 when the matches were called in. Under the format of the competition the overall tie was decided on aggregate score of the two matches.

Neither pairing was behind in their respective matches with both winning the second hole to take charge of their matches and, at the turn, Grant and Mackin were 3up while Rafferty and Murphy were 2up.

After halving the 10th, Rafferty and Murphy then fired four successive birdies to move to six under while Grant and Mackin, after losing the 11th, won the 14th to be 3up with four to play. They lost 15 but then halved 16 to ensure Dundalk’s victory.

Dundalk now play Kilkenny or Elm Green in the semi-final which tees off at 1:45pm.