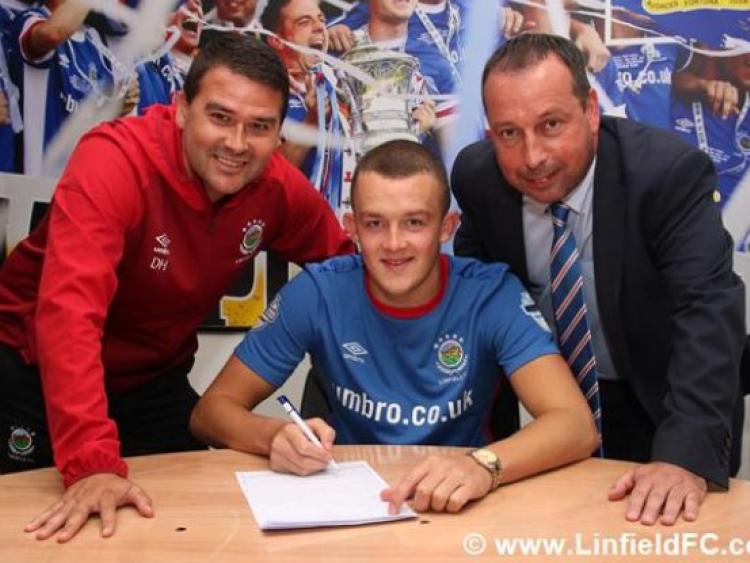 The attacker joins the Windsor Park club on a one-year-deal having left Shamrock Rovers last week.

O'Connor, whose older brother, Ciarán, signed for Warrenpoint Town on Wednesday, spent the first half of the season on-loan at Finn Harps.

He featured in a trial match against Waterford in Belfast last night and has now penned a deal with the North's most successful club.

“I’m delighted to advise our supporters that 19-year-old striker Michael O’Connor has agreed a one year contract with the club which will be subject to the usual international clearance procedures," Linfield manager David Healy told the club's website.

"Michael shone as a trialist in last night’s friendly game against Waterford scoring both goals and having another goal ruled out due to offside.

"He’s an exciting prospect who already has considerable pedigree having played for Shamrock Rovers, Finn Harps on loan and his hometown club Dundalk where he has won winners medals and featured in the Champions League.

"Everyone who saw him in action last night was impressed and I’ve received lots of messages urging me to sign Michael which I’m now delighted to be able to confirm.

"He’s really keen to get started and I’m looking forward to working with him in training.

"He’s a confident lad who will add to our firepower upfront and I just know our supporters will welcome him to the club.

"Michael has undergone his medical and it’s nice to be able to introduce him properly to everyone at the club rather than as a trialist which is the standard procedure for most clubs.

"He’s made a successful start to his Windsor Park career and hopefully he can continue where he left off last night. I know Michael had quite a few offers to consider and I’m delighted he’s chosen to continue his promising career with us.”