Barry Landy, at the Gaelic Grounds 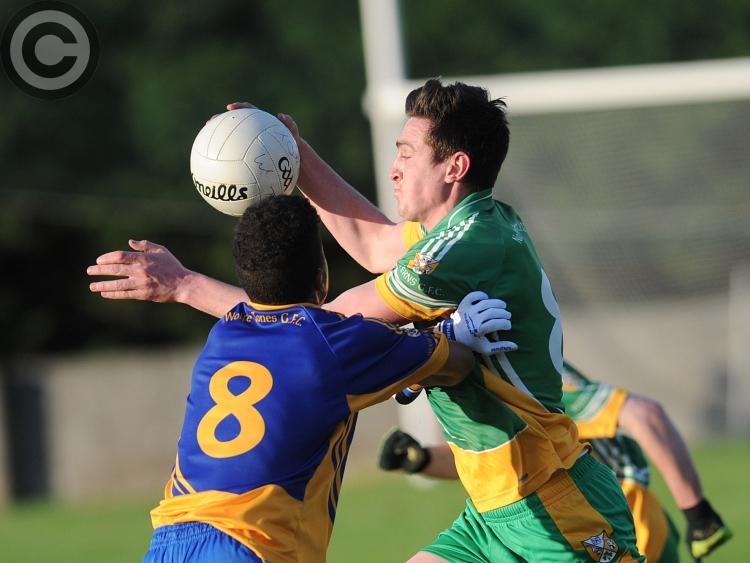 Tommy Durnin’s three-goal salvo helped Westerns seal their place in the quarter-finals of the Junior Football Championship, but the men from Reaghstown were pushed all the way by Wolfe Tones.

The Louth senior player’s hat-trick of majors proved the difference between the sides, but just as they did when the teams met at this stage last year, the Drogheda outfit underlined their progression by going close, only be to denied by a late Westerns burst.

Durnin’s treble was added to by goals from Ciarán Campbell and an injury-time effort by Conor Kerr, with Chris Cudden twice exploiting weaknesses at the other end in the first half.

The high-scoring encounter was undoubtedly entertaining for those who spent a bright Friday evening at the Gaelic Grounds, but both teams had trouble in controlling the game in any meaningful way.

The Tones – who will now fight it out with Cuchulainn Gaels for the chance to progress – were valiant in the efforts, with Dean Haggins in midfield offering an impressive display. However, the Westerns’ firepower proved just too much.