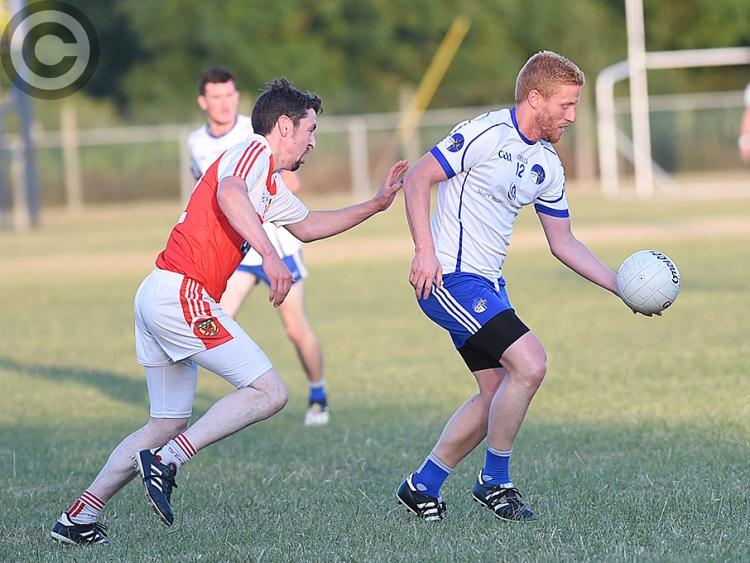 Lannléire made it two wins from two with a clinical attacking display against Naomh Malachi in Louth Village on Friday night.

A tense affair was sparked into life in the second period as the Dunleer men’s ability to get scores that bit easier told.

Centre-forward Colin Murphy led the winners' attack, shooting nine second half points in a virtuoso display. His sideline conversion from the corner of the field was the game's highlight, if not the weekend's.

Both sides set up with sweepers and the tie looked set to be a low-scoring affair with the teams level, 0-3 to 1-0, after a quarter-of-an-hour. The Courtbane men got the goal and it was against the run of play from Dylan Rooney.

The setback jolted Lannléire in action, though, and they responded excellently with Bob Murphy nipping in just ahead of Malachi’s 'keeper Christopher McCaughley to claim the ball and blast into an empty net.

To rubber-stamp the winners' dominance, Ian Mulroy came out from the edge of the square to fire over two points and Pearse Hawkins effectively put the game to bed with a goal before the half-time whistle, leaving it 2-7 to 1-3.

With the game on the line, the Mals decided to abandon their sweeper system and go man-for-man in the second period. The ploy was risky, but looked to be paying off in the early stages as they nibbled into the deficit with points from David Begley, Ronan Greene and Pádraig Moley - the first of his three second half notches.

However, once John O’Connor’s men composed themselves, Murphy took over proceedings. With the extra space now provided, he duly punished the Mals time and time again as Lannléire booked their place in the knockout stages with a match to spare.