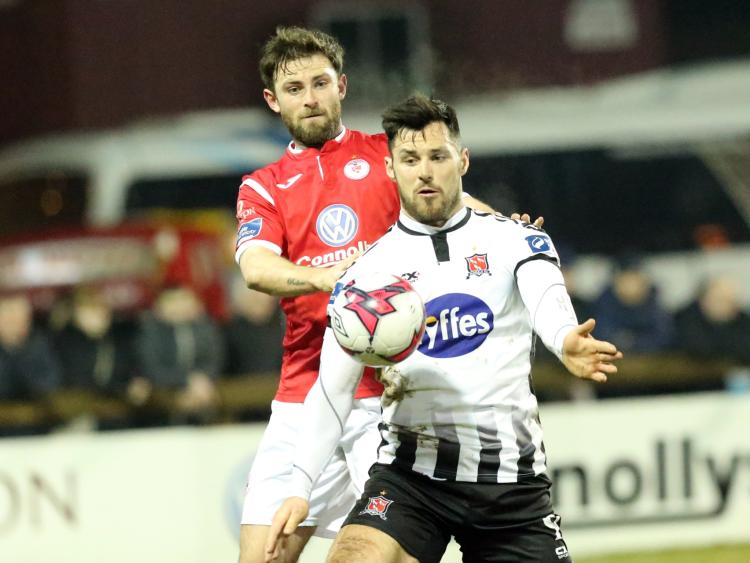 Dundalk FC's league match against Sligo Rovers has been re-fixed for next Sunday evening, July 22, at the Showgrounds. KO: 7pm.

The game was due to go ahead on Saturday instead.

However, should the Lilywhites' progress from Thursday's Europa League first round qualifier second leg against Levadia Tallinn, the FAI will re-fix the match for a later date.

Shamrock Rovers' trip to Waterford has also been moved to Sunday, from Friday, while Cork City vs Derry City will now go ahead on Monday week at Turner's Cross.

Dundalk recorded a 2-0 victory away to Sligo earlier this season with Patrick Hoban and Michael Duffy on the scoresheet.