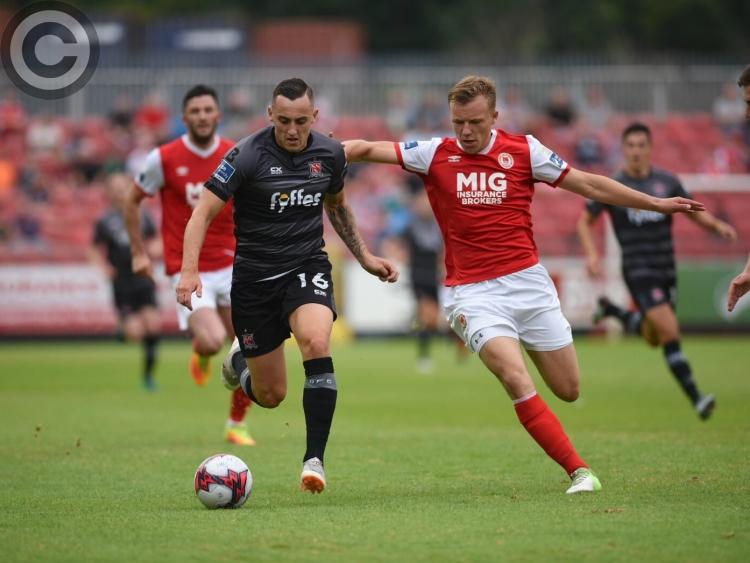 Records fell at Richmond Park on Friday night as Dundalk FC scored a tenth consecutive league victory - the first time the Lilywhites have achieved the feat in 50 years.

Patrick Hoban (2) and Chris Shields bagged the goals as Stephen Kenny’s men consolidated their place at the Premier Division summit ahead of next week’s Europa League qualifier against Levadia Tallinn. Their winning run in all competitions has also been extended to 13 matches.

Cork City’s scoreless draw with Shamrock Rovers at Turner’s Cross made this comeback victory even sweeter. The Leesiders now find themselves four points in arrears of Kenny's charges, at the end of a week in which manager John Caulfield had a pop at Dundalk in both the media and the club’s match programme - Patrick McEleney’s signing and the condition of Oriel Park being the Roscommon man’s irks. To compound matters for the champions, Rovers ‘keeper Gavin Bazunu saved a second half penalty from Kieran Sadlier.

Equally as significant was the club record St. Patrick’s Athletic created, a seventh reverse on the trot has left them in lower mid-table with a challenge for the European places looking increasingly unlikely.

But it took a stirring second half display by the league leaders to turn a match which threatened to go the way of St. Pat’s, especially after Jake Keegan gave the Inchicore side the lead with a close-range header on 24 minutes.

Dundalk stuttered in the opening half, having made two changes to the side which defeated Cork City a week earlier - Daniel Cleary and Dylan Connolly replacing Seán Gannon and Krisztián Adorján.

However, in the game’s third quarter, they were simply imperious and produced a match-winning salvo. Hoban, with his maiden career strike against St. Pat’s, turned and fired to the bottom corner six minutes into the second half for his 20th goal of the season, as the Lilywhites drew level, before Shields - with his second strike of the campaign - turned the match on its head on 57 minutes. Michael Duffy was sublime in the build-up, racing half the length of the field and playing to Shields on the right of the area. And the midfielder fired a low shot to the net with precision.

There were a few nervous moments, despite Robbie Benson forcing Brendan Clarke into an acrobatic stop. It took an incredible last-ditch piece of defending from Dane Massey to deny Conan Byrne a certain goal when proceedings were level, while the impressive Gary Rogers got down low to his left to hold Jamie Lennon’s powerful daisy-cutter.

The pressure continued to mount on the visiting goal, with Rogers tipping Killian Brennan's whipped set-piece over the top. But, on the breakaway from the subsequent corner, the Lilywhites capped a memorable night with a third goal as Benson selflessly squared for Hoban to knock to the empty net.