St. Peter's AC's Tom McGrane added 40cm to his season’s best at the National League opening round in Belfast on Sunday 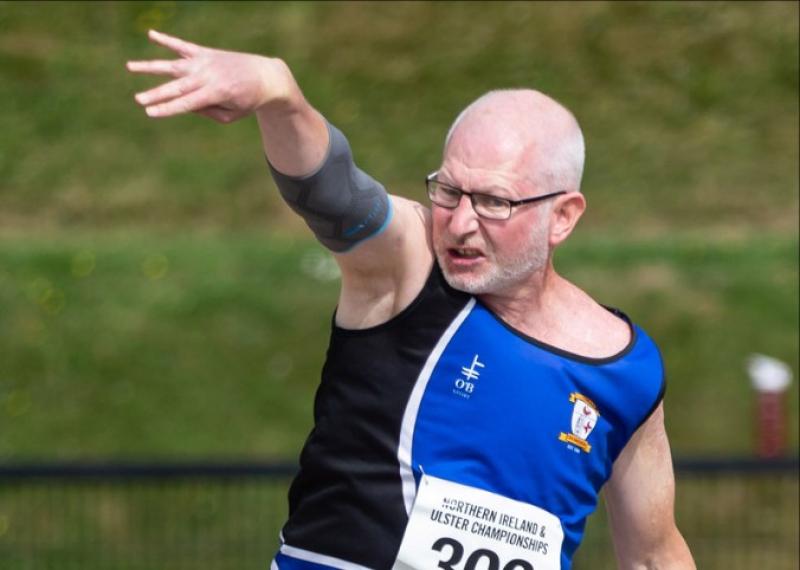 St. Peter's AC's Tom McGrane has a busy day at Sunday's opening round of the National League at the Mary Peters Track in Belfast. Manager of both the Louth men's and women's team, he also managed to add 40cm to his season’s best, set when winning the Leinster title at the beginning of June, to take silver in the M55 shot put with a throw of 10.06m.

Under his watch, the women proved that they were more than capable of making an impact in the top grade, as they finished second on points behind Dundrum South Dublin AC. The men’s team also performed very well as they finished third on the day, behind City of Lisburn AC and County Meath. Both teams go into this Sunday’s second round fixture at the Morton Stadium in Santry, Dublin, ranked sixth overall and so are on target to qualify for the final by finishing among the top eight teams.

Several of these athletes will also be in action at the Lourdes Stadium in Drogheda this Thursday evening, as the Louth Senior, U20 and Masters’ Championships will be staged, starting at 6:30pm.