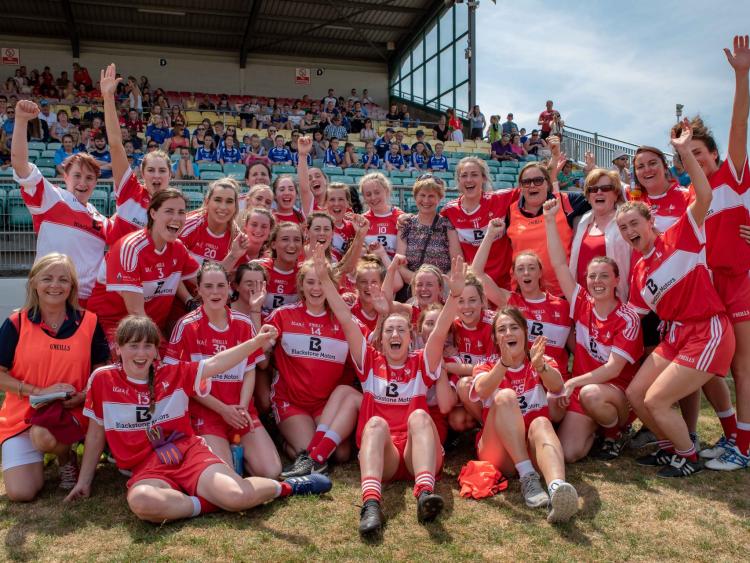 Louth are the junior champions of Leinster after a deserved 10-point win over hosts Carlow in Sunday’s provincial final at Netwatch Dr. Cullen Park.

A strong team performance set Louth on the road to victory with stellar contributions from captain Kate Flood and two-goal debutante Niamh Rice key to winning the silverware.

In a contest which was the first of three provincial finals on the Carlow clár, the home county matched their opponents throughout the opening half in which the play swung from end to end, with breaks in play for players to take on water in the heatwave conditions.

Carlow had edged into a 0-3 to 0-2 lead with points from Rachel Sawyer, Ellen Atkinson and an Aoibhinn Gilmartin free. But the home side fell behind when conceding a 21st minute penalty - won by Rice - which was expertly converted by Louth centre-forward Flood.

By half-time Louth had added to their tally to take a 1-2 to 0-4 lead at the short whistle, but it was all still to play for. 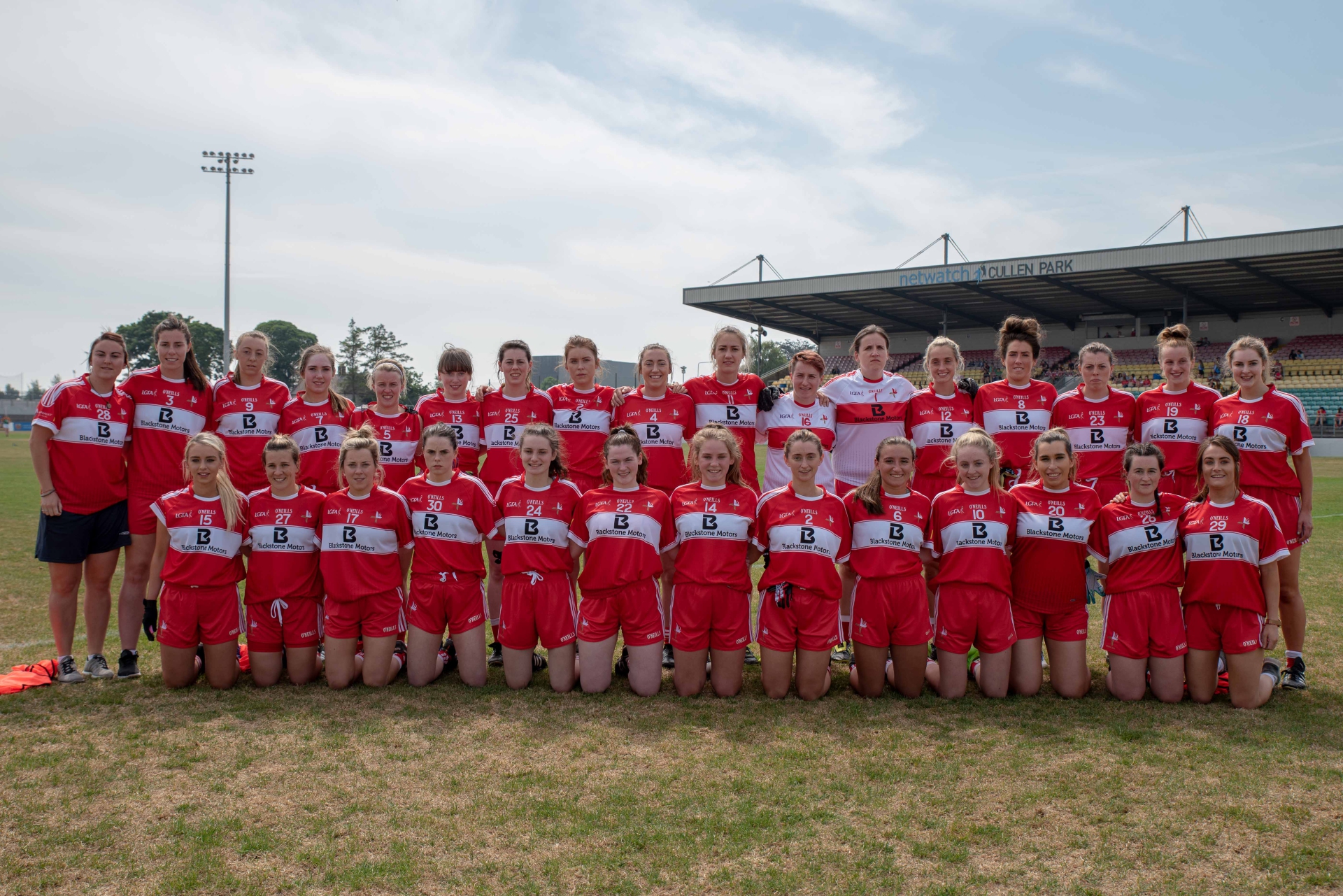 The Wee County had enjoyed the greater share of possession, evidenced by the fact they shot five first-half wides, while the hosts had no wides. But that changed in the opening minutes of the second half as Carlow struck thrice off target in as many minutes.

The cliché that goals win games was never more true than in this final. With the visitors holding a 1-5 to 0-6 lead, Carlow conceded a second green flag through sloppy defensive work, allowing Rice to score a goal which the Louth player followed up immediately with a point from play. Suddenly they had taken control of the game, pushing into a seven-point lead entering the final quarter.

Sawyer, Carlow's top forward on the day, contributing half of her side's total from play, kept taking the game to Louth, receiving good support up from Laura Corrigan, Niamh Forde, Atkinson and Gilmartin, but the home county were unable to unlock a well-marshalled Louth defence for a goal that they badly needed to mount a realistic comeback.

With the Louth full-back line of Michelle McMahon, Eilish Hand and Shaneen McLoughlin sticking to their task diligently, they made sure a solid foundation was laid at the back.

Having conceded that second goal the onus was on Carlow to take the game to the Louth girls. But that policy carried inherent danger. And they were made to pay when, after Louth gained possession around midfield, the Carlow players had all pushed up the field allowing Rice to race all of 50 yards to crash the ball past a helpless Nicole Hanley in the Carlow goal for a score that killed the game as a contest. 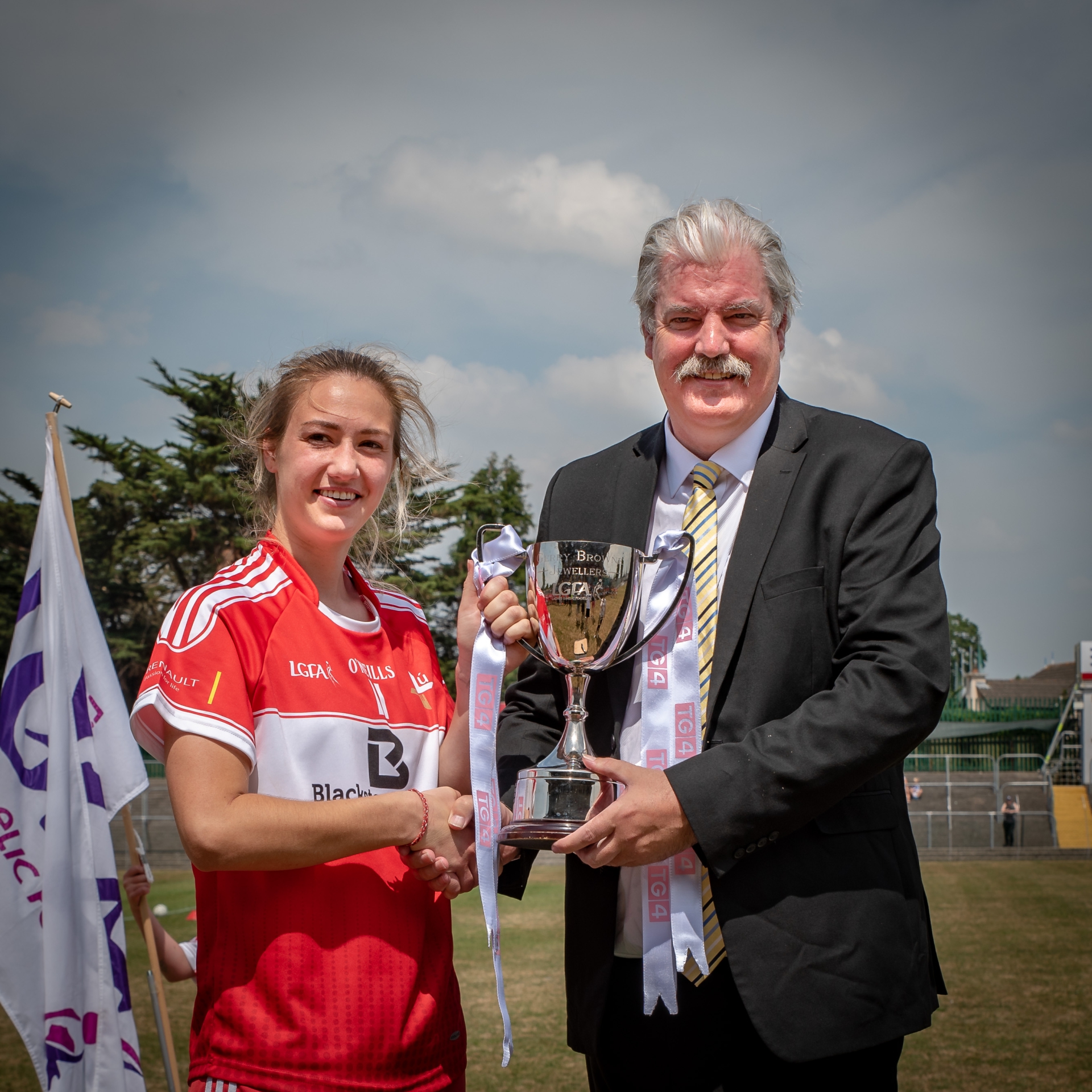 In an overall assessment of this game, there was no doubting the merit of the Louth victory. They had in centre-forward Flood the most complete footballer on view and their scoring power was superior to that of the home county. Captain Flood was always to the fore, contributing 1-3 and being her side's play-maker, while Rice hit a significant 2-2 from play. Sinead Woods and Lauren Boyle were always dangerous to the Carlow defence.

Carlow battled to the end but had to give best to the ladies in red and white, with St. Patrick’s player Flood collecting the Player of the Match award and also the Jerry Browne Jewellers Cup.