Hard work pays off for Marcus' at Karate grading 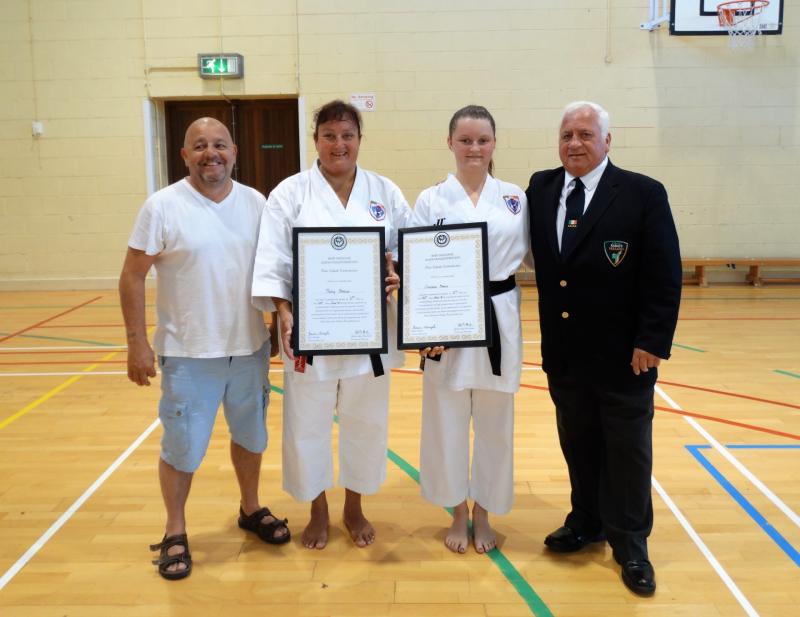 Having Sensei Nangle making regular visits to the Dundalk Karate dojo in the Redeemer Family Resource Centre, Dundalk, and with his most recent visit only three months prior to this scheduled grading, homework galore was the name of the game.  Numerous extra hours were squeezed in not only at the dojo, but at home due to Catherine having her Leaving Cert on the agenda during these last few weeks. Scheduled training sessions were key, even during the exam weeks.

Sensei Nangle commented afterwards: "Excellent grading, outstanding standard from both Mary and Catherine, and after my last visit I can see that they both put in numerous hours of hard work. Congratulations ladies."

Having taken some time to digest everything, Sensei Marcus said: "Having Sensei Nangle and my mentor, Sensei Hughes, on the Grading panel was a privilege.  Knowing that they would give their honest opinion and criticise any error made during the grading made Catherine and myself work even harder in the weeks prior to the grading."

With INSK also hosting a Kumite Seminar with World and European Kumite champion Jordan Thomas on the same day, the excitement didn't stop there for Dundalk Karate.  Junior member Abigail Mulholland had an exhausting hour-long kids Kumite class with Jordan Thomas where fun and games while learning vital kumite skills were key. This was quickly followed by two more Kumite sessions specifically designed towards the more advanced student and with junior member Liam Hoey being joined by Catherine Marcus, after her successful grading on the tatami mats, sweat and hard work was the name of the game.

If you would like any further information on Dundalk Karate you can contact Sensei Mary Marcus 3rd Dan on 086 353 1625 or karatequeen@live.com