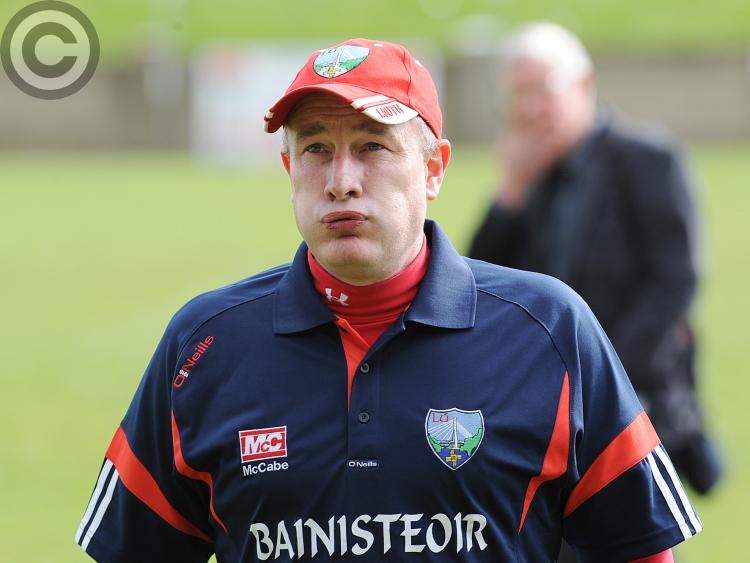 Sport doesn’t always reward the deserving; the examples are numerous. In any success, there are those who fail to get the credit they deserve, some who drop off the wagon before the ultimate achievement. Others have to wait years for their input to be fully appreciated. Cue Eamonn McEneaney.

The former All-Star led Louth for four seasons, winning the National Football League Division Two title, the Tommy Murphy Cup and an O’Byrne Cup. Trophy-wise, that’s a return unrivalled by many who had gone before, and certainly those since.

Peter Fitzpatrick is heralded - and rightly so - for going within a whisker of winning a Leinster title in his first season, but he had inherited a much sterner and ready bunch of players than would have been the case four years prior.

“I would have liked to have been there in 2010 with the Leinster final and to think that we could have got to that stage. But, in saying that, I knew the team that I was leaving was in a better position than when I got them,” McEneaney says of his input.

The ‘Blayney native departed his position a year early having been given a five-year term from 2006, with no review pending. His first two seasons were noteworthy in various ways, even if the following pair were less encapsulating. Nonetheless, the players remained onside, but a change in executive at County Board level complicated things and he felt the circumstances were not “conducive” to him remaining. He is insistent that he wasn’t pushed, however.

RECORD
His championship record is often reflected upon as being poor, though few have matched it. In his four years, Louth lost to Meath, Wexford, Dublin and Laois in Leinster, while Tyrone (twice), Cork and Tipperary ended their qualifier campaigns.

“Over the period of time that I was over the team, we never lost to a Carlow or a Longford. I always felt that we were better than those teams, but we couldn’t make that breakthrough to get into that top echelon of teams.

“But we were good on our day and, overall, I would have loved for the Leinster results to have been better because I felt we were capable of it.”

The loss to Wexford in 2007 was perhaps fatigue-related considering Wicklow - buoyed by ‘the Micko factor’ - had taken three games to get over in the preliminary round. Yet it’s the one that nibbles at McEneaney’s mind, when many observers would perceive the defeat to Meath a year earlier to be the main source of consternation.

Louth, fresh from an unlikely Division Two final success against Donegal, led 0-10 to six at the break in Croke Park, only to go scoreless in the second half and lose by eight.

“I think the biggest problem we had that day was half-time. If we had to have kept going I think, maybe, it would have been a different story. But I think the realisation that we were four points ahead and then in the second half, we just didn’t have the know-how to win.

“I still think one of the biggest problems in Louth football, it hit home with me and 12 years down the line it hasn’t got a whole pile better, is the underage teams are not competing at the highest level, despite the fact Wayne Kierans got the minor team to the Leinster final last year. They deserve great credit for doing that because it was nearly against the head.

Confidence was lowered after that, before an excellent display in Navan saw the Wee County come from seven in arrears to level against Tyrone in the qualifiers before assuming the lead in extra-time. The teams finished 2-16 apiece that day, and while the Red Hands prevailed in the replay, Louth experienced a second trophy lift in the form of the Tommy Murphy Cup, pipping Leitrim in the final at HQ. A trip to Boston, as well as the silverware, being the team’s reward.

In 2007, after relegation from Division 1B of the league, and defeat to Wexford, Louth overcame Limerick and Kildare before losing a lead late on against Cork in Portlaoise to exit in the final round of the qualifiers.

The stagnant year was 2008, with injuries and player-departures a hindrance to McEneaney’s efforts. Having led the Dubs by two at half-time, Louth went under heavily, before eventual Sam Maguire winners Tyrone won their back door affair.

At that stage, McEneaney had to weigh up his options: “It is difficult when you’ve been on the road for a number of years and the doubt starts to creep in. You wonder if you can take them forward. You’re always asking if you can do better. But the answer nine times out of 10 comes from the players and I talked to the players and they felt strongly about me staying on.”

However, despite an O’Byrne Cup win, a comfortable Division Three finish and a first round Leinster win over Carlow, consecutive losses to Laois and Tipperary brought the Farney man’s term to a premature close.

MEMORIES
“Christy Grimes, with that left foot, could put the ball wherever you wanted him to. Peter McGinnity and Colin Goss would run through a stone wall for you. Shane Lennon, the county hasn’t had a full-forward like him since. Aaron Hoey, Darren Clarke, JP Rooney, the Finnegans (Ray and Dessie), Paddy Keenan, the skill levels were immense. They gave me their all.

“I remember giving John O’Brien his chance in the opening round of the league in Cavan (2006) and he came down the wing, cut inside and scored from just inside the ‘45. I thought to myself, ‘a star is born’ and he never looked back.

“I just felt we were so close.”

An overriding theme of McEneaney’s reflections focused on his relentless praise, and almost adoration, for the players he presided over. But he insists that the entire set-up was positive. Whether it be those who worked alongside him, Stephen Melia, Pat Mulligan and Seamus O’Hanlon as selectors, before Pádraig Califf entered the fray later, to the likes of Richie Ford and John Pepper in a backroom capacity.

A story was reserved for Louth’s very own darling Charlie (McAllister), though.

“Charlie was such a help, and I remember one of the first nights we trained in Darver. We were training on the second pitch and there was no net behind the goal at that stage so there were plenty of balls heading down into the river.

“At the end of training, I asked: ‘where’s Charlie’, and they said he was below in the river, so I went down and helped him and he couldn’t believe it, a Louth manager coming down to help!”

There are other memories, like training in the back pitch in Stabannon with the use of lights hired from Dromad Hire, or the aforementioned trip to Boston.

Overall, McEneaney seems content with the role he played. After all, it was with many of the players that he introduced to the senior grade that ‘Fitzer’ was robbed of a Delaney crown. He delivered three trophies in four years, and no matter the competition they related to, it’s a major return which few others on the Louth line have managed.

“It was an honour to be the Louth manager.”