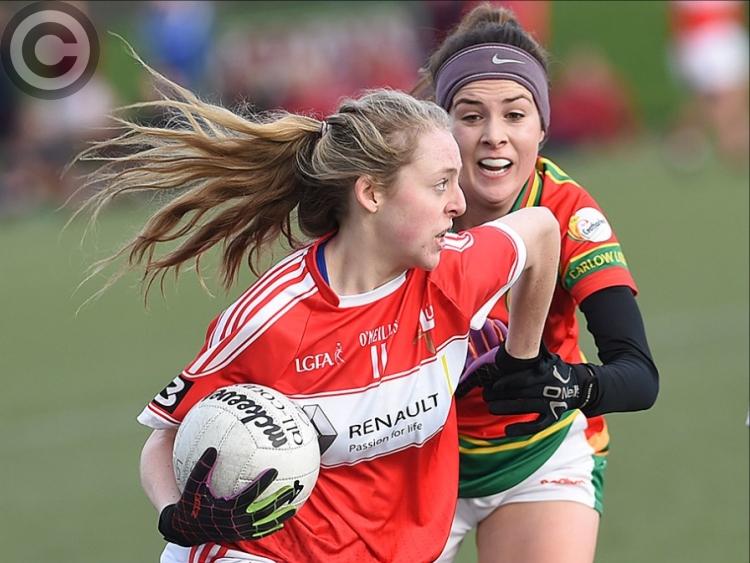 While Louth will be slight favourites to beat Carlow in Sunday’s Leinster final at Dr. Cullen Park, it is certain to be a much closer contest than when these two counties last met in the provincial decider of 2015.

On that occasion, the Wee County ran out convincing winners on an 8-17 to 0-07 scoreline. Kate Flood, who captains Louth on Sunday, was in top form hitting, 5-6 of the Reds' total.

These sides have already met in the League this year in Darver with the home side emerging victorious by 2-9 to 1-6. Louth won five of their seven league games to earn a place in the final against Wicklow, but on that occasion, a below-par Louth were well beaten by a very impressive Garden County.

Both sides had big wins over Kilkenny to guarantee a place in Sunday’s decider with Louth's game being overshadowed by the news that their manager Micheal McKeown has been taken seriously ill on the morning of the match.

Just over 48 hours later came the sad news that the popular and highly respected Micheal had passed away. Louth have kept Micheal's backroom team in place with Darren Bishop, Bridgit Russell, Lorraine King, Gerry Reilly, and Pat Carr remaining on board for the remainder of the season.

They go into Sunday’s match with a number of players on the injury list. Deirbhile Osborne, Rebecca Carr and Emma Singleton are extremely doubtful, while key defender Rachel Kane will undergo a late fitness test.

Carlow, with Bart Martin in his second year in charge, have a nice mixture of youth and experience. They had recent successful U14 and U16 teams under Martin, reaching provincial finals at both levels in 2015 and 2016. He has formed the basis of the current side with members of those under age sides, combined with some of the more long-serving players and training has gone well with 46 sessions taking place since January despite some very bad weather.

Carlow had a decent League campaign, just narrowly missing out on a semi-final place and while Louth have dominated recent meetings, Carlow will take confidence from last year’s clash in the league where they had an impressive seven-point win over the Reds.

If key players such as Aiveen Gilmartin, Anne Roche, Muireann O'Sullivan and Marie Kinsella hit top form they are capable of causing a major upset.

However, Louth look on course to deliver another Leinster title.