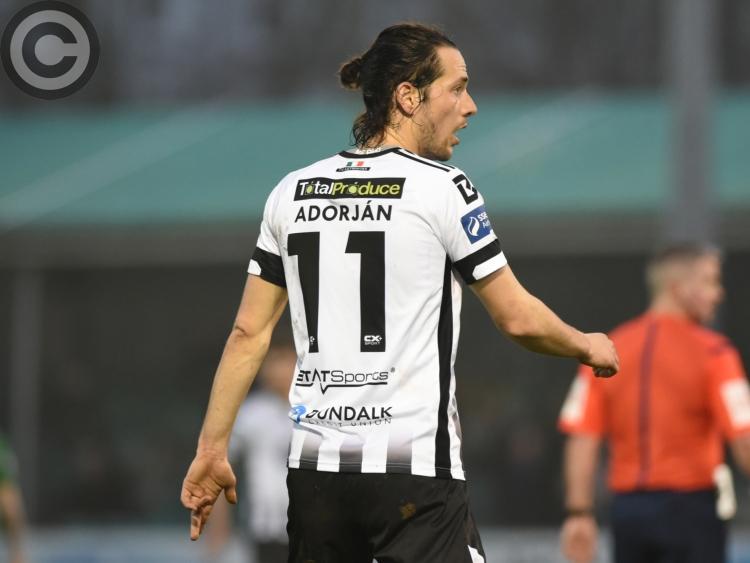 Krisztián Adorján has said that an extension to his current loan deal with Dundalk FC would be “ideal”.

The Hungarian’s temporary contract at Oriel Park ends on July 31, at which point he could return to his parent club, Italian Serie C side Novara, where he has a year left on current agreement.

Lilywhites boss Stephen Kenny recently spoke of his desire to see the 25-year-old remain at the club amidst rumours linking Patrick McEleney with a return from Oldham Athletic.

However, speaking to The Democrat, the attacker put on record his desire to remain with Dundalk, but cautioned that the decision could be out of his hands.

“Obviously, that (staying) would be ideal, but, unfortunately, it's not just up to me because I still have a contract in Italy.

“I’ve one more year left on my contract, (but) we're talking to my team there and we'll see what solution we can find. It is up to Novara if they want to ask for a fee or not.”

Despite joining Novara in 2014, the former Liverpool academy player has made less than 50 appearances for the side from north-west Italy.

“Italy is very different, the culture of football is very different. Their coaches get signed on one-year deals mostly. I had three different coaches in three years and football is all about opinions, one coach might think that you are one of the best players and another might think that you're not working for him. I'm not thinking that it was all to do with the coaches, but I didn't have the opportunity to play so much and they'll probably have another coach (next season).”

One of Dundalk’s main attractions for Adorján is the style of play employed by Kenny, while he feels he’s adapting to the league’s style of play.

“I love the way he wants us to play and the guys have the quality to be able to play. Obviously, it's a big help being under somebody who wants to play.

“It's been a very good experience here in Ireland. The lads are great and I've been enjoying myself.

“In the beginning, it was hard because I felt that it was very physical compared to the other countries that I've been to. I've now adapted to the style which means that I can express myself, but I still think that it's very physical.”

He added: “Maybe Irish people don't like me to say it, but, for me, it's a little bit like England - the weather.”