Veterans roll back the years in Sean O'Mahony's victory 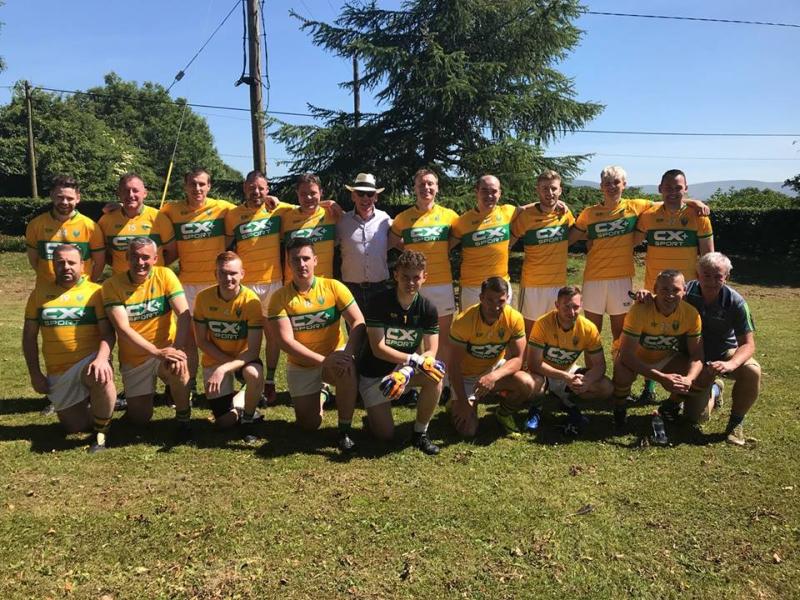 An extremely 'experienced' Sean O'Mahony's Junior team rolled back the years in the glorious sunshine in Roche on Sunday afternoon to come away with a five point victory.

With seven of the starting 15 over 35 - many making their seasonal debuts - this was an excellent effort from the Quay team.

Roche were also missing many regulars themselves and put up a great fight back, and kept going to the final whistle, but the lads from the Quay kept tacking on the scores.

The goal came midway through the second half from a Sean Mathews shot from distance, which nestled in the top corner of the net just over the keeper's reach.

David Crawley was spot on from placed balls, kicking three in total. David Dowling powered through for three points from play and senior selector Gary Mulligan drove two between the posts.

55 year old Michael Crawley caused the biggest cheer of the day when only just on as sub, he received a quick free from his brother David before floating the ball over the bar for the final score of the afternoon.