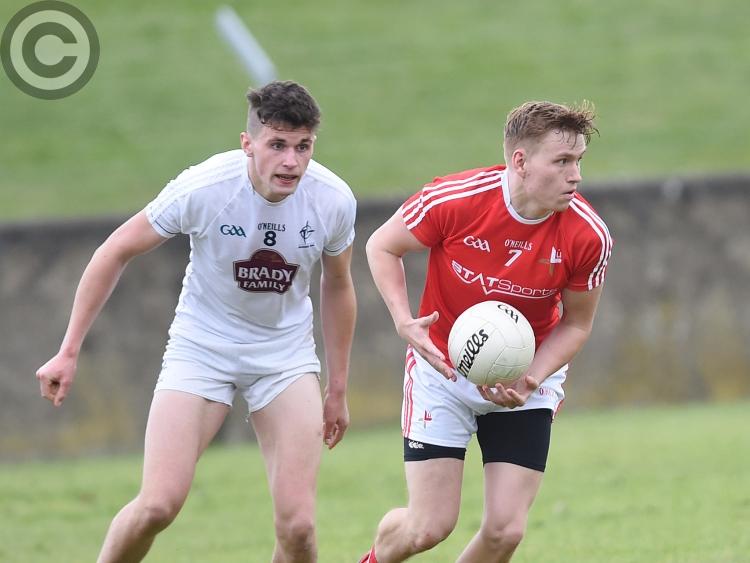 Louth's tilt at reaching a second consecutive Leinster Junior Football Championship final came to a shuddering halt at the Gaelic Grounds on Tuesday night as Kildare cruised to a 17-point win.

The outcome of the match was never in doubt as an evidently well-prepared Lilies outfit bolted clear from minute one. For evidence of Kildare's supremacy, you only really have to reflect upon the early exchanges. It took the home side almost 10 minutes to get across the halfway line, by which point the winners led 1-5 to no-score.

Corner-forward Barry Noone did the most damage, shooting 1-8 overall, 1-5 of which came inside 18 minutes. Equally as adept from dead-balls as from open-play, the St. Kevin's clubman finished expertly to the net on seven minutes to virtually secure the victory, and a final date with Meath at Croke Park.

Three of Louth's four first half points arrived from frees, with former Dundalk FC defender Eoghan Osborne - one of three Naomh Fionnbarra men listed on the panel - converting a close-in free just shy of the quarter-hour mark to open the Wee County's account. Robbie Curran and Robert Quigley were also on target from placed kicks after substitute Salem Rifaie had shot over his team's only point from play.

However, Barry O'Connor's side were forced to feed off scraps as Kildare zipped the ball around at their leisure. Midfielder Brian Travers scored two fine points as the Lilies continued to bridge their lead, while Mark Colan, David Malone, Noone and Conor Murray added minors apiece to send the visitors to the break with a 10-point cushion; 1-11 to 0-4.

The teams traded the opening four minors of the second half with Quigley (free) and Curran ('45) finding the target in between efforts from Colan and Noone (free). But Kildare were soon back in the ascendency, reeling off 1-4 over a ruthless seven-minute spell. Another Noone notch preceded a fine goal and point from Colan before Eoghan Lawless - on as a sub - got his name among the scorers.

Quigley stopped the rot for Louth with two quick-fire frees - the second having resulted in the rangy Travers being black-carded. Yet the Lilies' juggernaut was not for stopping as 'keeper Declan Campbell (free) and John Jennings became the seventh and eighth different Kildare scorers prior to Lawless adding his second of the contest.

On this evidence, the men in white look primed to dethrone the Royals on Sunday week.