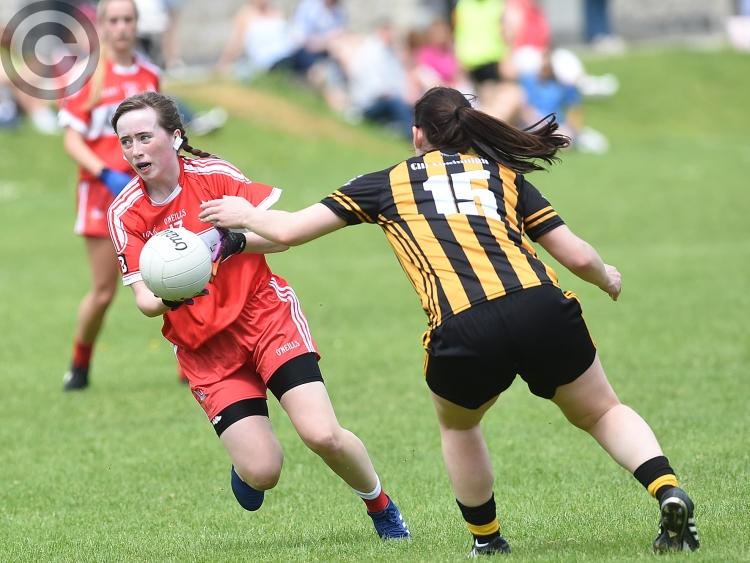 Louth ladies qualified for the Leinster Junior Football Championship final with a resounding 41-point victory over Kilkenny in Philipstown on Sunday afternoon.

Captain Kate Flood top-scored for the Reds, while Lauren Boyle also caught the eye in registering 1-7, as Kilkenny were held scoreless until two minutes into the second half.

It was an excellent performance from Louth as they booked their place in the provincial decider with a match to spare. They face Carlow next in the group before again facing the Barrowsiders in the final.

Having taken to the field without their manager, Michéal McKeown, who was rushed to hospital on Sunday morning and remains in a critical condition, along the line, the Wee County raced out of the blocks.

Boyle opened the scoring inside a minute and by the time Flood won and converted a 10th minute penalty, they led 1-5 to no-score.

Further points from Catherine McGlew, Sinéad Woods (2) and Boyle preceded an excellent run by corner-back Shannen McLaughlin, which almost ended in a second goal for the home side.

However, a second major arrived just before the break when Flood stylishly found the net to help her side to a 2-14 to 0-0 cushion.

Áine Breen got the second half scoring underway with a point before Ailish O’Shea opened the away team's account from a free.

But Louth were relentless and Boyle found the net after a wonderful break by Ceire Nolan.

And they would out-score the Noresiders yet further with seven of the game's last nine minors.