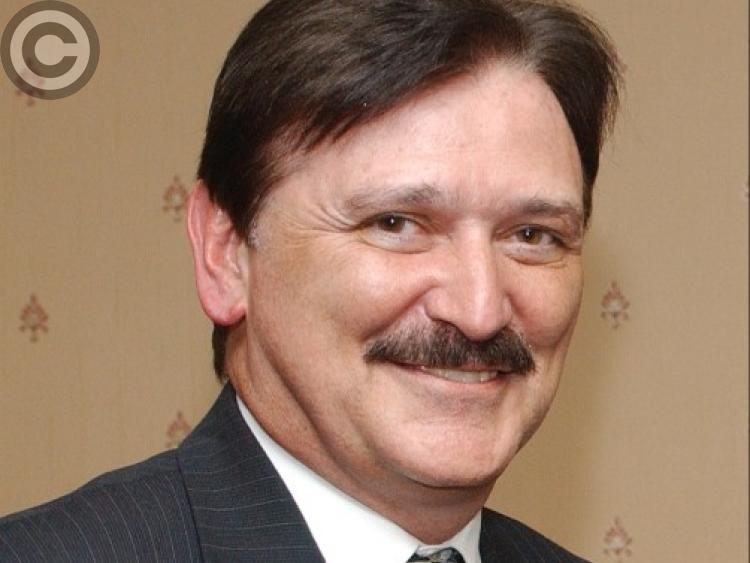 As it presently stands, Dundalk FC are the main attraction around town, so much so that they were even able to coax supporters from across the Atlantic, those with financial muscle to boot.

During this writer’s weekly shuffle through the Demo’s archives, the sports writing in particular, a headline in an edition dated May 31, 2003, happened to catch the eye. ‘Six points from a possible twenty-four tells its own story’, it read, with a former holder of the sports editor’s chair in the office, Gerry Prendergast, its scribe.

Of course, the related story focused on another miserable day for the Lilywhites at the start of their First Division campaign. They had drawn 0-0 with Kildare the Thursday night previous and Gerry echoed the die-hards in venting some frustration at the team’s performance. At the time, they were perched a lowly 10th in the 12-team First Division, only the minnows, who are no longer involved, Monaghan United and Kilkenny City, below them.

But back to Trevor Anderson’s men later.

A few pages in advance, and in the midst of an extensive preview of Louth’s Leinster Championship encounter with Dublin at HQ, which was down for decision 24-hours later - the Democrat still coming out on a Saturday at this point - another boldly-printed two-liner went: ‘Seamus Kirk will have a few words for Bertie if Louth win’.

“Whether it be public meetings, funerals or football matches, any politician worth his salt will always manage to get himself noticed on the big day,” the opening to the piece read.

“However, when Seamus Kirk TD travels to Croke Park on Sunday to see Louth take on Dublin, it will not be by any means a public relations exercise, as the Knockbridge man is one of the county’s most passionate supporters.

“As a player, supporter and behind-the-scenes worker, Kirk’s involvement stretches back over 40 years, and his enthusiasm remains as keen to this day.”

The dynamite line, however, was yet to come.

“The Fianna Fail Deputy has another reason for wishing to see Louth triumph on Sunday as it will put a broader smile on his face when he returns to the corridors of power next week. One man he is sure to have a word with is An Taoiseach, Bertie Ahern, one of Dublin’s best-known supporters.”

To this, Kirk said: “There are many members of the Oireachtas who regularly go to matches, particularly those from down the country. The Dublin fellas tend to be more passive, but as the team progresses they tend to become more vociferous.

“Bertie, on the other hand, is a regular visitor to Croke Park and Parnell Park and is a passionate supporter. I hope to see him before the game, but if we win then I will definitely have a few words for him next week”

I can’t claim to have got Seamus’ views prior to the Carlow match a three weeks ago, as to whether or not he was as confident as he was 15 years ago, however, his mindset, one of hope and eagerness, is hardly a portent of how Louth supporters feel at this moment. As Inside Track put it a fortnight ago; “A headline in this paper a few weeks ago read “No league wins and no county grounds”. Can we now add no hope?”

It’s somewhat funny to contrast the current situation to the mood of a decade-and-a-half ago. Then, it was the Carrick Road club which had a thick, dark cloud hanging over it, and while Louth GAA was certainly not at its peak, at least when matched with the buoyancy that shrouds the men fighting out of Oriel Park in 2018, there was, without doubt, some spirit as they headed for Jones’ Road to take on the Dubs.

Following the scoreless stalemate with Kildare, it was put to the Dundalk manager, Anderson, that the club’s current run was the worst in its history. Sound familiar, reading Gaels?

“He said that he didn’t know the full facts about Dundalk FC,” The Democrat noted, before quoting the Belfast man: “I do know one thing; we are unbeaten at Oriel this season.”

Anderson failed to endear himself to those at the Home of Football throughout his stint, as expectations were suppressed to perhaps their lowest ebb. In a similar way, if much less dramatic, current Louth manager Pete McGrath, with his honesty alone, has gone some way to rubbing some locals up the wrong way during a time of turmoil. “I have maybe made better decisions in my life,” being the Down man’s reaction when asked if he regretted taking over the Wee County following the defeat to Carlow

While his words are far from the delusional assertions of Anderson, they’re symptomatic of the crisis GAA finds itself in in Louth, 15 years after the Lilywhites had walloped rock bottom.

Here’s to hoping success is mutual when we come to review this piece in 2033.